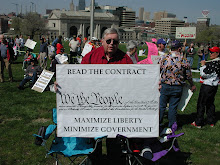 I’m a retired telecom engineer, NRA Patron member, Extra Class Amateur Radio Operator (W∅TMW), Air Force vet and church Elder. I created this blog at the urging of some folks who think I have an occasional thought. A liberal friend once described me as “being just to the right of Atilla the Hun.” I thanked her for that description and told her I’d do my best to maintain her expectations.

As you can see, Crucis’ Court, is changing. It’s been a political blog since 2008. It’s now time for a change. The ‘Court was an education. It taught me the basics of writing when, in my last working years, I was searching how to remain busy after retirement. I found that activity—writing.

The blog came first. Writing fiction came later. As with any new skill, writing required practice. I wrote a lot and, on an average, was able to sell one or two stories a year to a traditional publisher.

The Grantville Gazette, was an avenue to learn and, eventually, a publisher who bought some stories. My first story, written in Eric Flint’s 1632 universe, Greetings!, was published in 2016. In the following years, they bought The Marshal Comes to Suhl, (it will reappear in an anthology later this year,) and a three-part novella, SMC. My latest 1632 story, The Searchers, appeared in issue #87, in January of this year and, like Greetings!, was the issue cover story.

In the mean time, I was writing for the Universe side of the Grantville Gazette. They bought The Enigma of Charlie Peabody, a modern fantasy, and two science fiction stories that have been merged into a novella. The Phantom of Barrington Light was published in May, 2019, and the second part, The Keeper of Barrington Light, in July of 2019.

I’ve merged these two stories into a single novella, The Beacon at Barrington Light. The Beacon is scheduled for release on February 7, 2020, on Amazon. This novella will soon be followed with a novel, Émigré, as soon as the proofreaders finish with it.

I’ve another work in progress. Dundee Orbital will be a collection of short stories, novelettes, and a novella that have a common theme, Dundee Orbital, a thirty kilometer long station above the planet Inverness.

As I said, changes are coming. If you’d like to keep informed, please subscribe via the sidebar, to this blog.