My muse is still hiding in the recesses of my basement/office. I’ve so much junk it’s difficult to find anything.  I still haven’t found the recoil spring from my Officer sized 1911 that was launched into somewhere in 2005.
I’ll continue the search. In the mean time, here’s an item that frosted my cake this morning.
When it comes to taxes, the FedGov can always find something to tax.

By Pete Kasperowicz – 03/24/11 04:17 PM ET
The Congressional Budget Office (CBO) this week released a report that said taxing people based on how many miles they drive is a possible option for raising new revenues and that these taxes could be used to offset the costs of highway maintenance at a time when federal funds are short.
The report discussed the proposal in great detail, including the development of technology that would allow total vehicle miles traveled (VMT) to be tracked, reported and taxed, as well as the pros and cons of mandating the installation of this technology in all vehicles.
“In the past, the efficiency costs of implementing a system of VMT charges — particularly the costs of users’ time for slowing and queuing at tollbooths — would clearly have outweighed the potential benefits from more efficient use of highway capacity,” CBO wrote. “Now, electronic metering and billing are making per-mile charges a practical option.”
The report was requested by Senate Budget Committee Chairman Kent Conrad (D-N.D.), who held a hearing on transportation funding in early March. In that hearing, Transportation Secretary Ray LaHood said the Obama administration is hoping to spend $556 billion over the next six years, much of which would go to federal transportation improvement projects.

Conrad said in response that federal funds are tight, and in asking for recommendations on how to raise that money, he noted the possibility of a VMT tax as a way to solve the problem of collecting less in taxes as people move to more fuel-efficient vehicles.

“Do we do gas tax?” Conrad asked. “Do we move to some kind of an assessment that is based on how many miles vehicles go, so that we capture revenue from those who are going to be using the roads who aren’t going to be paying any gas tax, or very little, with hybrids and electric cars?”
Conrad argued some recommendation should be made by his committee on these issues when the Senate considers a transportation spending bill later this year.
CBO’s report stressed it was making no recommendations but seemed to support a VMT tax as a more accurate way of having drivers pay for the costs of highway maintenance. The report said miles driven is a larger factor in highway repairs than fuel consumption and suggested that having drivers pay for the real costs of highways “would involve imposing a combination of fuel taxes and per-mile charges.”
But CBO’s assessment of “costs” was broader than just those costs associated with maintaining highway systems.

I noticed this report was requested by a democrat.  It’s not enough that we’re taxed on gas at the state and federal level, that we’re taxed on tires at the state and federal level, now that want to stick us with a mileage tax.  Just think of the transportation cost increase that would create. Remember—everything you buy at Walmart, Target, at your local grocer, comes in by truck.  If there is anything better aimed at damaging, if not destroying, our economy, the democrats haven’t found it yet.

Addendum:  I just came across this cartoon by Ramirez and just had to add it. It doesn’t follow today’s theme, but it’s my blog so I can break my own rules—so there! 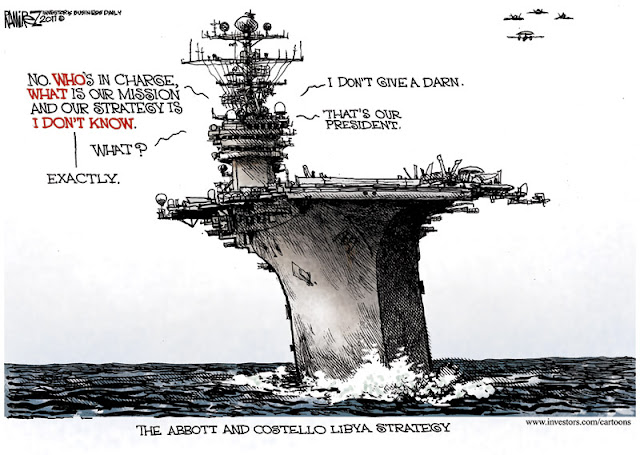