I’m an Anglophile. I admit it. My father was born in the UK. My Grandfather was born in Scotland and my Grandmother was born in Ireland. I have a great fondness of the UK, Scotland, Ireland and the Celtic culture. However, I am not enthralled with the culture the UK socialists and EU elites are trying to build in Britain and elsewhere. A culture of servitude, fascism and parasitism.

I read the Brexit results this morning with a feeling that maybe—just maybe, the people of the UK has finally regained some backbone. They won the election to leave the EU. The next struggle is winning the battle to survive the economic and alien culture war that is still in progress.

The Brits should not feel that they face the future alone. Many here in the US believe that the UK will strengthen its political and economic ties with the US once Obama is out of office and is replaced with a rational President and Congress. I know, it’s a reach, but I try to be optimistic.

The EU is in a serious and precarious position. The UK is out and there are other EU members who have groups who want out, too. Britain is not alone in its desire to leave the supra-national organization, an organization that is nothing more than an overgovernment of socialist elites that has run amok. The EU has arrived at a point where they’ve run out of other people’s money and have nowhere else to turn.

The Brexit contagion: How France, Italy and the Netherlands now want their referendum too 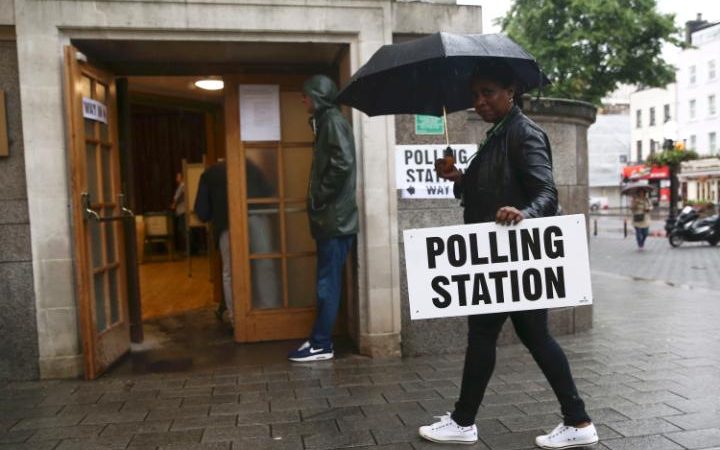 Voters in France, Italy and the Netherlands are demanding their own votes on European Union membership and the euro, as the continent faces a “contagion” of referendums.

EU leaders fear a string of copycat polls could tear the organisation apart, as leaders come under pressure to emulate David Cameron and hold votes.

It came as German business leaders handed a considerable boost to the Leave campaign by saying it would be “very, very foolish” to deny the UK a free trade deal after Brexit.

Markus Kerber, the head of the BDI, which represents German industry, said that 1970s-style trade barriers would result in job losses in Germany.

“Imposing trade barriers, imposing protectionist measures between our two countries – or between the two political centres, the European Union on the one hand and the UK on the other – would be a very, very foolish thing in the 21st century.”

In Italy, the anti-establishment Five Star movement on Tuesday declared it would demand a referendum on the euro. The party wants the euro to be split – one for the rich north and one for the south.

Beppe Grillo, the party’s leader, has called for a full referendum on EU membership. He said: “The mere fact that a country like Great Britain is holding a referendum on whether to leave the EU signals the failure of the European Union.”

Five Star won 19 out of 20 mayoral elections on Sunday, including in Rome and Turin, in a major blow to Matteo Renzi, the Prime Minister.

In France, Marine Le Pen, the Front National leader, last night called for France to have its own referendum on the “decaying” EU. “I would vote for Brexit, even if I think that France has a thousand more reasons to leave than the UK,” she said.

In the Netherlands, polls show a majority of voters want a referendum on membership, and voters are evenly split over whether to stay or go.

The question for the EU now is not how they may entice the UK back into its control. The question is how can it survive the groundswell of “exits” that will come from the remaining members.

Brexit is not just an isolated movement. There is one here in the US. No, it is not an issue of the US vs. the EU, it is the American people against the elitists in Washington and in the Red States. The rise of Donald Trump, a person who I personally detest, is one symptom of that movement against elitists of all strips. The difficulty we face is that the statists are not limited to the liberals and democrats in Washington, it is also the elites in the GOP at all levels.

The hope of many is that electing Donald Trump will create an electoral sweep that will remove or wealen those elitists. I hope they are correct. I fear they are not.

A column was just published on Rasmussen’s website that asks, “Is Trump Already A Third-Party Candidate?” Perhaps, perhaps not. The established political parties on both sides have become nothing more that two faces of the the same group—elitists who have colluded as a group to maintain personal political power. If the author of that article is correct, Donald Trump is not a third-party candidate, he is a second-party candidate. A truth that is becoming more apparent every day.

Four gun control bills were submitted recently in the Senate to abolish the 2nd Amendment rights for a class of people. Those people were ones whose names appear on a secret no-fly list. No one knows who nor how the list is maintained. No one will admit how a name may appear on the list (political enemies, perhaps?) And there is no way for a person to get his name removed from the list once it is on it. That list is a violation of the 5th and 14th Amendments of the US Constitution.

Two of those four bills were sponsored by ‘GOP Senators John Cornyn of Texas and Charles Grassley of Iowa. Apparently they don’t honor nor uphold the Constitution any more than democrats.