What is relabeling? It means to change your outward appearance to more accurately reflect your organizations goals and purpose. That has lead to today’s leading story. The question you must ask yourselves, “Is this true? Or, is it about to be true?”

Headline from somewhere on the Internet…

Democrat Party to Relabel Itself 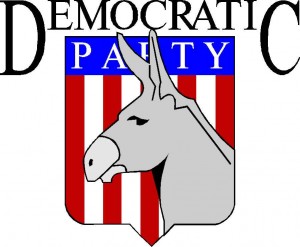 The DNC announced today that is was discontinuing the use of its century old icon, the Donkey, as its political symbol. After a complaint from PETA claiming the symbol was unfair to depict the party as a “beast of burden,” and after the party agreed that the symbol was inappropriate since many of its members haven’t held jobs nor worked for generations, the DNC announced it was adopting a new symbol more in line with its half century history and political goals. 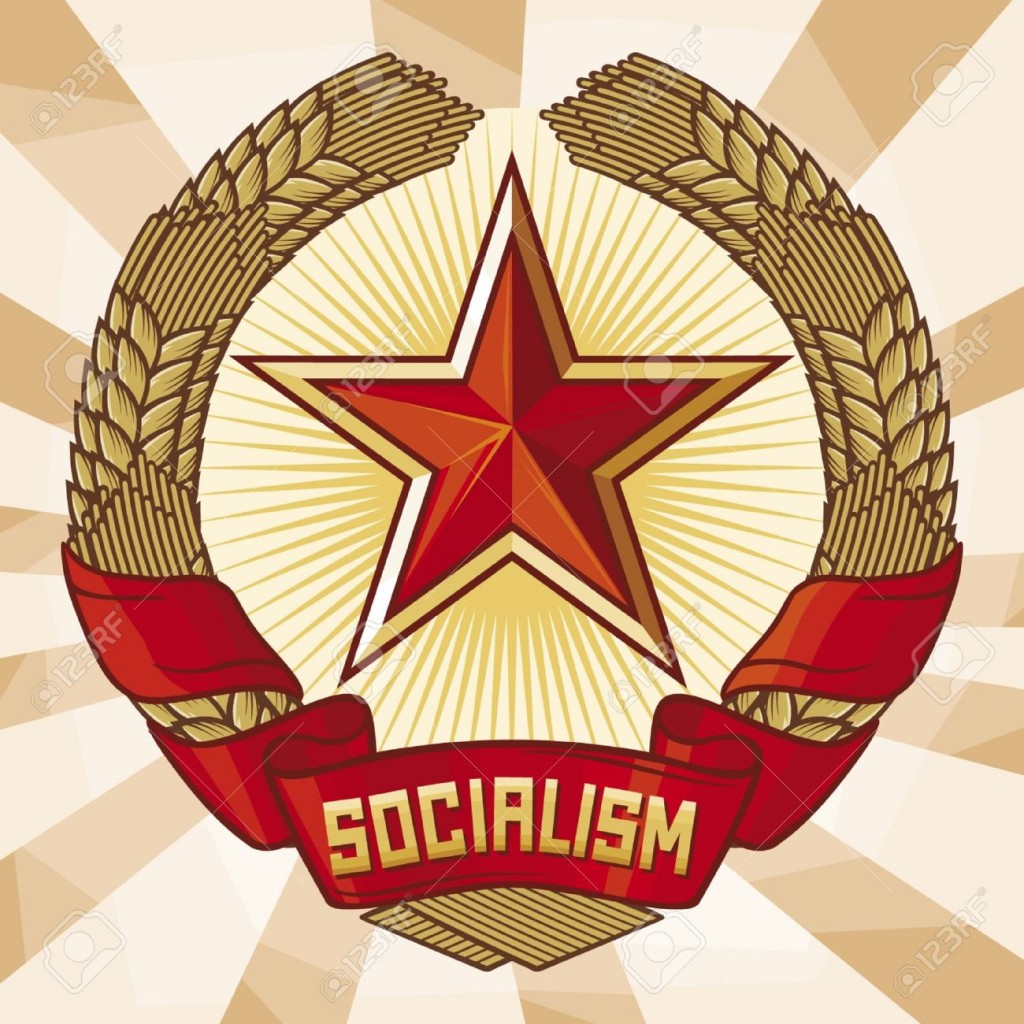 The DNC said the new symbol was adopted from the organization that has been closely aligned with the DNC since the 1960s, supporting the party and financing some leading democrat leaders. The DNC said it was finally time to openly display their aims and goals with their new symbol. The DNC included an alternate symbol in their announcement suitable for banners and bumper stickers, especially for official party vehicles.

Party leaders, activists across the the country and academia applauded the announcement.

Is the US and NATO acting to blunt Putin’s aggression? He thinks so. NATO troops and armored forces entered Poland for a well publicized military exercise. It is to be a show of force against Putin’s aggression in Crimea and the Ukraine.

Putin is not amused and threatened retaliation. The Cold War has returned at a time when Obama is desperate to have a legacy, any legacy, now that his major accomplishment, Obamacare, may be crippled if the Supreme Court blocks federal subsidies for Obamacare recipients. One pundit said, “You can end communism in Russia, but you can’t remove the KGB from the Russian.” The Russian in this case is Putin. He has reverted to his previous KGB mentality.

The NATO exercise is not impressing the world’s military organizations. NATO has relied too long on the US for their security. NATO and the EU has sacrificed their militaries to feed their socialist states. Now, when the Cold War has resumed and with the US military resources still tied to the Mideast, NATO is barely able to field any forces to repel Putin if he invades the rest of the Ukraine…and perhaps the former EastBloc countries.

Even if the US was not sill involved in the Mideast, the US has reduced it’s military to a century-old level. The US Navy has fewer ships than it did prior to World War I. Much of the US war stocks, built up in Europe during the earlier cold war, has been expended during Gulf Wars I and II. With the military reductions imposed by Obama and the democrats, those war stocks have not been replenished. In some cases during military actions in Iraq and elsewhere, the US Navy ran out of cruise and land attack missiles.

Those miliary stocks have been slowly replaced. If at all. Some of the tooling needed to build more missiles was destroyed by DoD orders when the contracts expired. Now, when more missiles are needed, those tools are gone and it will be expensive to remake them.

But Putin isn’t the only aggressor on the horizon, The PRC, Communist China to everyone but the socialists around the world, is building a military base in the territory claimed by several other nations. 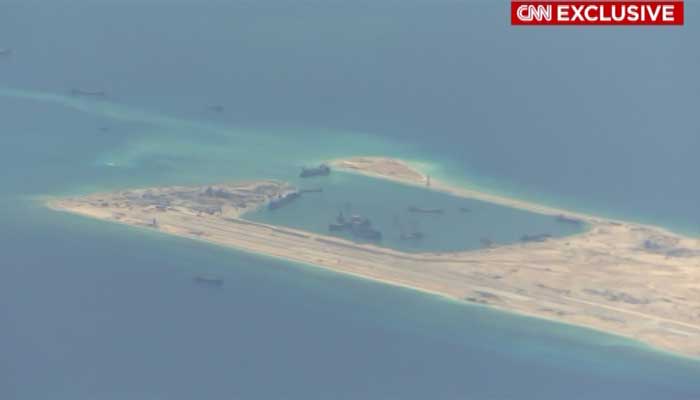 China’s activity in the South China Sea has peaked the interest of the U.S. military.

“Foreign military aircraft. This is the Chinese Navy. You are approaching our military alert zone.”

High above the South China Sea, the radio crackles with a stern warning.

The source of dispute appears on the horizon, seemingly out of nowhere.

Islands, manmade by China, located hundreds of miles from its coastline.

CNN got exclusive access to classified U.S. surveillance flights over the islands.

The first time journalists have been allowed on the operational mission by the state of the art P-8 Poseidon, America’s most advance surveillance and sub-hunting aircraft.

Three islands are the target of the mission. It’s the three islands that have been the focus of China’s building in the South China Sea over recent years.

China’s alarming creation of entirely new territory in the South China Sea is one part of a broader military push that some fear is to push U.S. dominance in the region.

For the U.S., the islands are a step too far. And the flight is a part of a new and old American military response that may soon include sailing U.S. warships close by as well.

In just two years, China has expanded the islands by 2,000 acres. The equivalent of 1,500 football fields and counting, an engineering marvel in waters as deep as 300 feet.

An American commander talks about what he sees.

“It appears to be a buildup of military infrastructure and not to mention we were just challenged probably 30 minutes ago and the challenge came from the Chinese Navy. And I’m highly confident that it came from a shore on this facility,” said Capt. Mike Parker, commander in the U.S. Navy.

What used to be the fiery cross reef now has early warning radar and an airport tower and a runway long enough to handle every aircraft in the Chinese military.

Some are calling it China’s unsinkable aircraft carrier.

The videos of the island taken from the P-8 advanced surveillance cameras never before declassified.

In a sign of just how valuable that China views them, the new islands are already well protected.

And there is proof. The Chinese navy ordering the P-8 out of the airspace not one, not twice, but eight times on the mission.

And like the surveillance video, the audio of these warnings never before shared with the public.

What is interesting is there are also civilian aircrafts, there was a Delta flight on that same frequency. And when it heard that challenge it piped into the frequency to say what’s going on?

The Chinese Navy then reassuring them but as the flight crew says that can be a very nerve wracking experience for civilian aircraft in the area.

And the more China builds the more frequently and aggressively it warns away U.S. aircraft.

The crucial issue facing American voters in the coming national election is who to choose to lead us in the coming troubled times? Some of the candidates are isolationists, although they refuse to acknowledge the label. If a military confrontation occurs in the Ukraine or in the South China Sea, will our next President refuse to act, claiming it is not our business, or will he defend our allies and national security?

As much as some libertarians deny the fact, we cannot sit isolated from the world. We are dependent on allies and, if we are to have allies, they must be able to depend on us. The US and India has entered into talks discussing areas of mutual interest…the South China Sea, being one. India has a common border with China and has had military border disputes with China before.

When we choose a new President, we must chose one who is unafraid to remain involved in the world because the world will not be afraid to be involved in us.