It was busy! I’ve been looking forward to this last weekend for some time. I mentioned a couple of months ago that my ham radio bug has returned in full force. The connection to this last weekend was the Ararat Shrine Hambash. When I was first licensed, it seemed as if there was a Hamfest every month somewhere in the area. Now there are only three or four a year.

Be that as it may, I had a reason to go to the Hambash. I’d hoped to be able to take my Extra class test. Unfortunately, I was too late and there were too many already testing. I really didn’t expect to pass; I just wanted to see the differences in the testing process. It has been over forty years since my last Ham test.

The code test was next. Thirteen word-per-minutes test: passed. That made me at least an Advanced class. The Eighteen word-per-minute code test was next. Failed. Only 17wpm. In 1972, you have to get X number of consecutive letters/numbers/punctuation, correct. I was a few letters short for an Extra class ticket. Life and work then intervened and I never went back to retest the code.

I didn’t get to test Saturday. I really wasn’t prepared but I thought, “Nothing ventured, nothing gained,”…and perhaps I’d get enough correct answers on the written test to pass. Technology and Ham Radio has changed in forty years. I needn’t be bothered to remember my old tube-technology on the current test.

Regardless, it was an interesting Hamfest and the hall was filled, elbow-to-elbow, with people. One vendor had come from Minnesota. I saw a lot of old ham gear of the same models I once owned and operated–Heathkits, two models of Heathkit HF amplifiers (I built one back in the ’70s,) early Kenwood transceivers, it brought back a lot of memories.

Next on my schedule was to rush home amidst driving rain like an upended bucket to get Mrs. Crucis (why does it always rain on hamfests?). We were off to our Grandson’s birthday. He was fifteen this weekend. Time must pass faster as we get older. 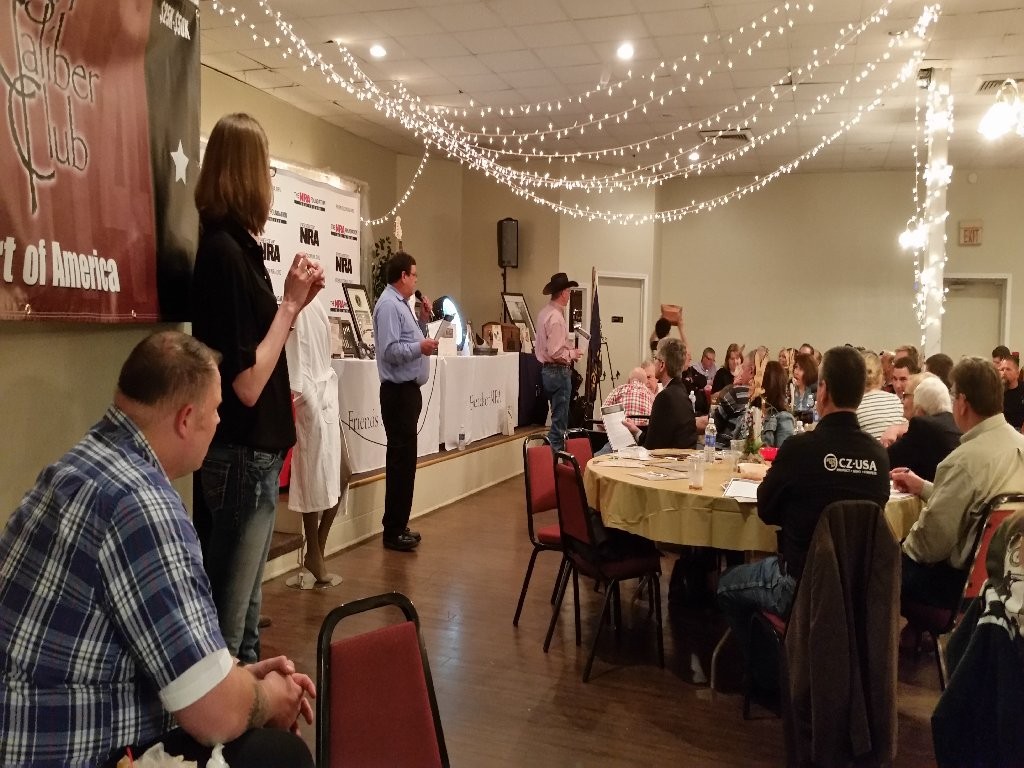 Later in the afternoon we were off again. This time it was to the Heart of America Friends of the NRA dinner. I had been to the one in Harrisonville, MO, last year and met many personal friends there. This time my wife came along. Like the last NRA dinner, we met some personal friends and sat with them.

Other than dropping our ticket stubs into the jar for door prizes, we didn’t buy any raffle tickets. I supposed I could have afforded to drop $20 on the top item, a prized Henry lever-action in 44-40. On the other hand, being on a fixed income places restraints on our ‘disposable’ income. In other words, we spend our money carefully. I’d rather spend that disposable income with friends. (And, truth be told, renovating my ham station is not going to be cheap.)

The banquet hall was packed. I don’t know the exact count of people. There were Kansas and Missouri politicos present, a few local PD Chiefs and retired LEOs and many, many NRA members and their families.

The most welcome was the Johnson County 4-H Shooting Team. The team was a collection of boys and girls who were the Kansas state champions. The banquet was designed to be family friendly and there were many more than a few kids present with their parents. When the auction started, two of the items were designed to be for, “Kids-only.” One item was a large watergun. The other was a semi-auto nerf gun. The 4-H kids helped show the auction items throughout the evening. I think they had more fun than the older attendees. 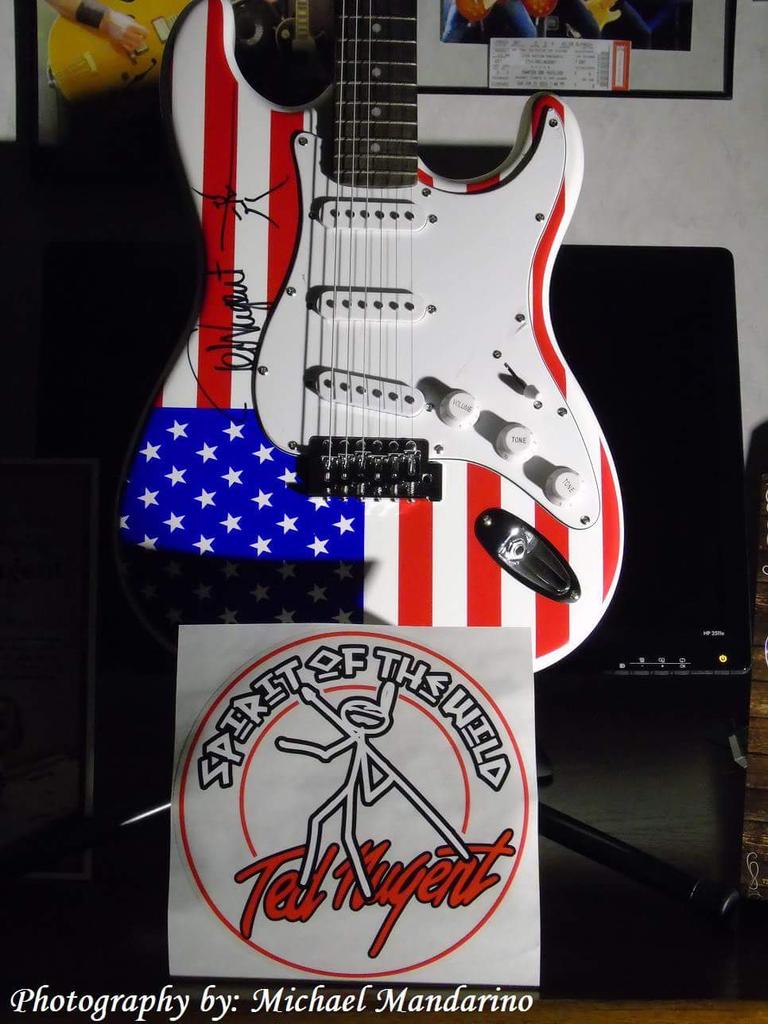 The top auction item was a Ted Nugent, numbered and autographed, Red-White-and Blue, Stars and Stripes Gibson guitar. It sold for $2500 if I remember correctly.

It was a fun night. Mrs. Crucis won a door prize, a bouquet of flowers. I, on the other hand, won nothing. That was OK, too. Frankly, I don’t think I’d have room to mount some of the prizes.

The weekend is over. This coming weekend is busy, too. Friday is the Cass County Lincoln Day celebration. I’ll be bringing one of the silent auction items like I did last year. I’ll let you guess which it is if you come. Come and be welcome. Tickets are $30 at the door.