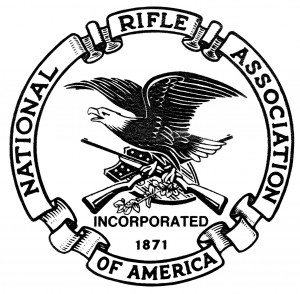 A couple of days ago, Wednesday to be precise, Glenn Beck made a diatribe against Grover Norquist and the NRA claiming that Norquist was an “Agent of Influence” for CAIR and the Islamic Brotherhood. He also said if the NRA didn’t kick Norquist out of the NRA (Norquist is a NRA Board Member,) he, Beck, would resign his life membership in the NRA and urge others to do so.

I took Beck to task. On today’s show, Beck back-tracked somewhat on his demands. He spoke again in his show today claiming Wayne LaPierre, Executive Vice-President and CEO of the NRA, had called him and said that the NRA would start an ethics investigation on Norquist. Beck claimed LaPierre’s call was prompted by calls from the NRA membership. Frankly, I doubt Beck has all that much influence among NRA members.

Hearing Beck’s claim of an NRA ethics investigation on Norquist, I scanned all the NRA websites and searched for “NRA + ‘Grover Norquist’ + ethics” and similar search variations. Nothing. Nothing on any of the NRA websites had any mention of Norquist other than as him being listed as a NRA board member. None of the internet searches found anything, either, except for those claims made by Beck, himself, and from his supporters.

Is Beck lying? Maybe. He’s been caught doing that before and has had to make retractions on statements. His monologue today had no mention of him resigning from the NRA. It did imply some backtracking on Beck’s part. He said his earlier diatribe this week produced numerous calls to the NRA and those calls, said Beck, resulted in LaPierre calling to discuss Norquist’s future with the NRA. In that call, according to Beck, LaPierre said an investigation of Norquist would follow.

I’ll wait and see. I’m more inclined to believe the conversation with Wayne LaPierre to be another of Beck’s fantasies. Regardless, my post from Wednesday of this week stands unaltered. Don’t let the door hit you on your way out, Mr. Beck!