After democrat Governor Jay Nixon took over responsibility for the Ferguson riots, first by ordering the local police to stand-down and then placing a Missouri Highway Patrol captain in charge, the riots continue. According to some, outside instigators are arriving in droves to feed the disorder. 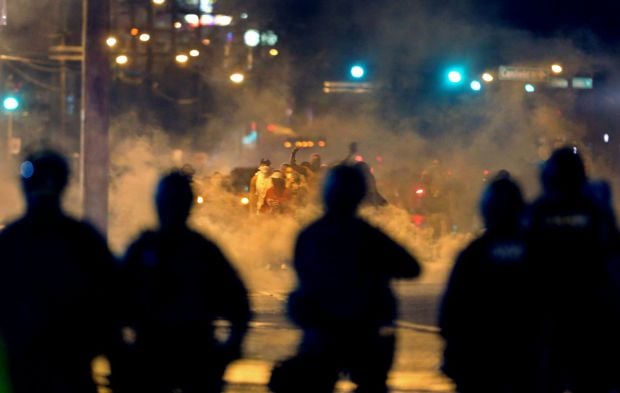 Sunday night, more rioting, shooting and looting occurred. To gain control of the situation, Nixon has ordered in the Missouri National Guard. That decision could be a very serious mistake. Many guard members are Iraq and Afghanistan veterans. When they are shot at, they could have built a reflex to shoot back. Warfare, not riot control, is what soldiers—and National Guardsmen, are trained for. Soldiers do not make policemen.

Lawfare. It is a word seldom heard in the news although its use, as a political tactic, has been around for decades. The recent indictment of Perry in über-liberal Austin, TX, is the most recent examples of this despicable tactic.

What was Texas Governor Rick Perry indicted for? Doing his job. No one, not even Perry’s political opponents, says what Perry did, veto funding, was illegal. Neither was his efforts to remove a drunken District Attorney from office illegal.

So why was he indicted? He was indicted because he was a ‘Pub and wouldn’t kowtow to liberals. The Austin Grand Jury called it an “abuse of power.” The only abuse of power I see is that by the Austin prosecutor and that grand jury.

Rick Perry isn’t taking this charge by rolling over. No, he’s fighting back and I applaud him for doing so.