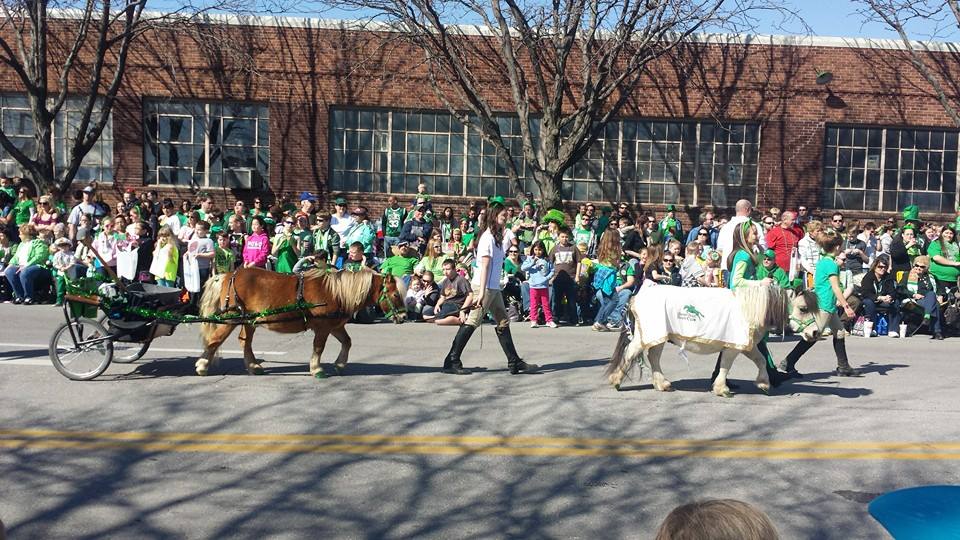 Mrs. Crucis and I had a great weekend. Locally, a number of small towns and cities had St. Patrick’s Day parades on Saturday. Kansas City will have theirs today.

KC used to have theirs on Saturday, too, but the ‘purists’ complained. So now, KC has theirs on the 17th, a workday, disrupting traffic, blocking a number of major thoroughfares, filling parking lots leaving regular employees without spaces, and giving the unmotivated an excuse to skip work, watch the parade, drink and get drunk. It’s an annual affair in KC.

“You’re against the Irish!” some will say. No, I’m half Scots-Irish. My grandmother was born outside Dublin, my grandfather was born in Edinburgh, Scotland. I’m not against Irish, I’m against the stereotypical drunken Irishman. 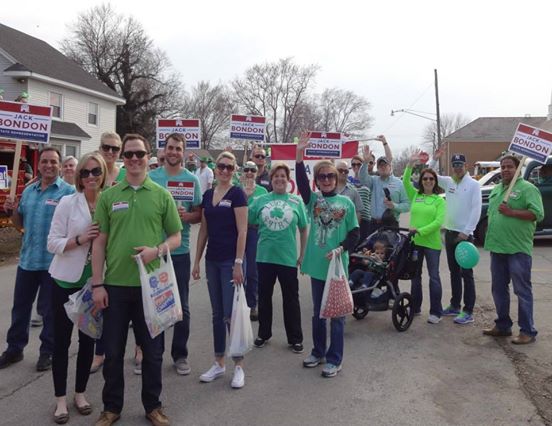 There is another significance with St. Patrick’s Day. It’s the beginning of the political campaign season, the first big event for the pols to parade before their constituents to make their names known.  Mrs. Crucis and I walked in the parade Saturday to support a friend who is running for State Representative. The parade was in his state district, and, he asked me to walk for him. I will be walking in support for other candidates in the future when more parades and cities festivals are scheduled.

Local elections are the entry levels for politicians. For some, it is running for city council. For others, it may be running for county or state office. But there is one thing many have in common—it’s their first step into the political arena; how can they stand out from their opposition?

I am no political campaign strategist. I’m just an observer. I’ve seen tactics that work, and don’t work. First tip to politicians: Don’t lie to the people. You will be caught sooner or later. Don’t pretend to be what you aren’t.

Case in point. A state representative in another part of Missouri ran, in the last election, as a conservative, supporting a number of conservative issues like the 2nd Amendment. Last year, the Legislature passed a bill that included a number of items to support the 2nd Amendment and expand self-defense and gun rights in Missouri. Despite all his talk, his campaign promises, when push came to shove, this representative’s support wavered. He stood in the background and did not support his fellow conservatives. He’s up for reelection. This time, last I was told, he faces a number of primary opponents.

What is the lesson for politicians in this example? The pol I described above was all talk. He claimed he supported gun rights. After his failure to support those claims, opponents began to investigate his background. What did they find? This so-called 2nd Amendment supporter did not own any firearms. He didn’t have a CCW certificate. He did not hunt. He did not subscribe to any of the more popular organizations like the NRA, GOA, 2nd Amendment Foundation, or JPFO. So how could he really claim to support the 2nd Amendment? He couldn’t. I expect he will be out of office come January, deposed in the primary.

Who is supporting you is also critical. Opensecrets.org will show who financed incumbents. When you see who is financing your opponent, make sure YOUR supporters are those whom you would be proud to acknowledge.

In the last election, a state representative decided to run for an open State Senator seat. He ran as a conservative…until it came to unions and Right to Work. A major source of his funding and support came from unions. His major opponent was well known for supporting Right to Work…as were ‘Pubs in general. The candidate couldn’t support some of the issues that his party did. In the end, he lost the primary. He could not distinguish himself, as a ‘Pub, from democrats.

How can you separate the RINOs from the real conservatives? See if they get union funding. The unions fund liberals, democrats, and RINOs. If a ‘Pubbie takes union money, he’s sold his soul. Don’t vote for him, he’ll betray you when it counts.

The opposite is also true. In the last election cycle, a friend ran for office on the democrat ticket. He refused union money. Strangely, the promised funding from other democrat organizations failed to appear. Democrats commonly use unions to launder campaign money. It’s the democrat way.

Some campaign strategists say that funding is the major point in winning elections. Those who raise the most money, wins. Often, that is the case. However, you must also have core principles and be consistent with them. How often have we been sold a political product only to discover that product was an empty suit who had no principles other than to gain political power? John Boehner and Mitch McConnell are excellent examples. In Missouri, Chris Koster started his political life as a ‘Pub county prosecutor. Then he turned his coat to be a democrat to run for Attorney General.

It’s the ‘buts’ that lose elections. In the last election cycle, the state senatorial candidate mentioned above, lost because of a ‘but.’ “I’m a conservative,” he said, “but…not for Right-to-Work.” Others have said, “I’m for the 2nd Amendment, but…only for hunting.”

If you claim to be conservative, you can’t be a partial conservative. The time for fence sitters is over. The nation and the states are heading for a crisis and it’s time for taking sides. Candidates can no longer say they are fiscal conservatives but not social conservatives. The two are irrevocably linked. You principles cannot shift in the wind of political events. You can’t be against Obamacare and then vote to allow funding—as did many ‘Pubs in Congress a few weeks ago. They think we’ll forget. We won’t. The time for allow such hypocrisy has ended.

You cannot claim to support smaller government, reducing welfare, lowering taxes while advocating for open immigration and amnesty for illegals. The whole world does NOT have a right to live here, usurping the heritage built by our parents and ancestors and existing on the largess of those who built this country. The excuse, “they do jobs our citizens won’t,” is a lie. The truth is that illegals undermine state economies across the country taking work from citizens while contributing nothing back to those same economies in taxes.

Politicians, establish your core principles and stand by them. There are as many critical issues at the local level as there are at the national level, such as Common Core in Education, Sustainability, a relabeling of Agenda 21, that attacks our property rights, to ponzi-scheme TIF arrangements that bankrupts cities when the promised revenue never arrives. In fact, if you do a bit of Google research, you will find strong connections between Sustainability, TIF financing and local governments, and the educational failure of Common Core.

So, politicians, be sure where you stand, what you support and what your opponents do or don’t support. All will provide issues to separate you from the herd, make yourself known to the electorate and find common ground with them while separating those voters from your opponents.

Now go, be that fiscal and social conservative you say you are, support your local towns and cities, end Common Core and make your local school board responsible and accountable for education—don’t let them shift the blame to the state or the feds, end the ‘Sustainability’ fraud the curtails property rights and allows government to seize your property because they say you aren’t using it properly, support the 2nd Amendment and halt the wave of statist attempts to disarm the people of this nation.

Be aware, that in the end, it is these issues and more that are the conservative core and it is the 2nd Amendment that preserves the Constitution and liberty for all…not for just a few elitists.

1 thought on “Points for Politicians”