It must be a written Washington rule that announcements that are embarrassing to the government or federal institutions must only be released after the end of business on Friday. In this particular case, the news was publicized on Saturday. 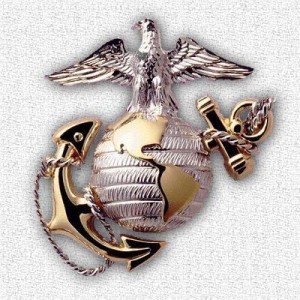 The charges against Capt. James V. Clement, USMC, for Dereliction of Duty, has been “suddenly” dropped. The Captain, and others, were charged in the infamous Taliban urination video case.

What at first appeared to be a case against the Captain and his men, changed into one of “unlawful command interference.” A pretrial hearing was scheduled and Captain Clement’s defense attorney was about to call Marine Commandant, General. James F. Amos, to submit and explain his comments in e-mails to subordinates and the prosecution concerning Captain Clement and the charges.

Defense attorneys for Capt. James V. Clement had won a judge’s order, over objections from Marine prosecutors, for two staff attorneys to testify in open court about how senior commanders interfered in the case to get a guilty verdict.

The attorneys also were seeking to question Gen. James F. Amos, the commandant, and wanted access to his private emails. — The Washington Times.

Instead of complying with the order, the convening authority, Lt. Gen. Kenneth J. Glueck, who heads Marine Corps Combat Development Command in Quantico, Va., filed a brief withdrawing the charges.

“The withdrawal of the charges was another act of cowardice by the commandant, his counsel and the Judge Advocate Division of [Marine Corps headquarters] to cover up the worst case of unlawful command influence in the history of the Marine Corps, which was beginning next Wednesday to be uncovered in a hearing before the chief judge … on several motions to compel discovery,” Mr. Dowd said Saturday.

The defense attorney said he wanted to see email traffic among the commandant, his counsel and his legal division.

“That email traffic would have revealed that [the commandant] and his lawyers had engaged in a secret, corrupt effort to rig and control the investigations and dispositions of the so-called desecration cases until Capt. Clement refused to submit to a corrupt process [of being] charged with crimes he did not commit,” Mr. Dowd said.

Capt. Clement’s defense counsel obtained a sworn statement from Lt. Gen. Thomas D. Waldhauser who, as convening authority, was overseeing all cases in the urination incident. The general told of a one-on-one meeting in 2012 with Gen. Amos in which the commandant said he wanted Marine defendants “crushed” via courts-martial. — The Washington Times.

Dropping the charges, however, does not end the story. Captain Clements defense attorneys have filed charges against General Amos with the Pentagon Inspector General.

They filed a motion to dismiss the charges, thus setting up a series of public pretrial hearings on Gen. Amos’ conduct scheduled to begin Wednesday.

Capt. Clement was charged with dereliction of duty for not properly supervising Marines who urinated on Taliban corpses.

A video of the act went viral on YouTube last year, drawing harsh criticism from the White House. The captain denies any misconduct.

Maj. James Weirick, a staff attorney at Quantico who was to testify Wednesday, filed a complaint with the Pentagon inspector general over Gen. Amos’ actions. An investigation is underway. — The Washington Times.

Over the past few years, especially since the beginning of the Obama administration, the top layers of our military have been selected not for their ability to lead, fight and win wars, but to support the administration’s liberal political agenda. This trend has tainted the military. Company and Field-grade officers are leaving in droves taking with them a military heritage leading back to the formation of our country.

This is not an isolated case, it just became public and blew up in the Marine Commandant’s face. Instead of “crushing” Captain Clements, General Amos will now have to answer charges of his own misconduct.

In a just world, General Amos would immediately resign along with the others involved in his unlawful orders. But, it is not a just world and I expect General Amos to follow the lead of Obama, Holder and the examples of other followers of Obama’s corrupt administration.

General Amos future is still to be determined. He may, like so many others who blindly followed Obama, find himself thrown “under the bus.” Or, like Holder, Neapolitano and others, simply refuse to acknowledge his acts and to cooperate with the investigation. In the end, it damages the faith of the nation with its military leaders.

Captain Clement was not, however, exonerated. He will now undergo an administrative board of inquiry to determine if he committed any misconduct. That board could also determine whether Captain Clements will be retain in the Corps or “separated under less-than-honorable conditions.”

General Amos, if events go against him, will likely be allowed to retire with full benefits.