A few decades ago, I spent a lot of time driving…windshield time it’s called. I like driving. When my wife and I take a trip, my eyes are constantly moving. I see stuff my wife misses, and my daughter, too, when she was younger. Mostly, I saw animals—deer, turkeys, armadillos (yes, there are armadillos in Missouri,) porcupines, coyotes, a long list. One of the things I especially looked for was road-side airports and airplanes.

I used to fly. I stopped when my daughter’s college tuition, some other items, needed the cash more. But, I love flying and still, from time to time, visit local airports and watch the weekend pilots practice touch ‘n goes.

I like airplanes. I think I’ve said that a few times. One reason why the new Disney animated movie, Planes, drew me, was the planes. The hero in this movie is Dusty Cropduster—an animated, Piper Pawnee crop-duster. 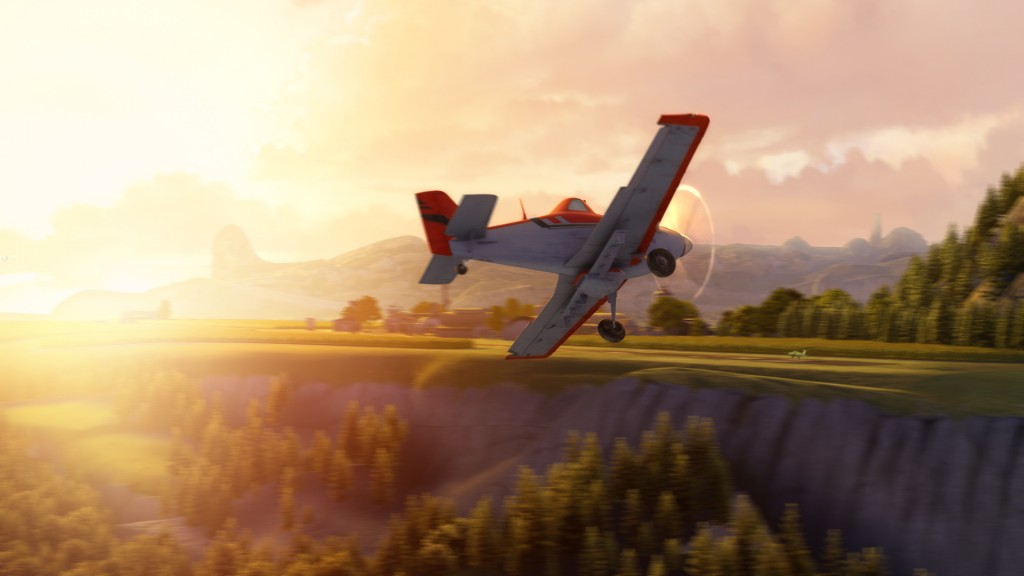 Dusty Cropduster, a Piper Pawnee, at the end of a long crop dusting day.

I was once returning from an all-day trip to and from Omaha, NE. I had left KC early that morning, arrived in Omaha well before noon, visited some customer sites, fixed their equipment and was on my way home, southbound on I-29.

Just south of the Iowa/Missouri border, a crop duster was spraying a corn field along side of the interstate. I pulled over, got out and leaded against my car watching him work the field.

I had seen this particular crop-duster before. He had a small grass strip a few miles up the road along the east side of I-29. I drove away before I drew the attention of the local Deputies or State Troopers. A few minutes later, I neared that crop duster’s field. He had finished and in the light of the setting sun, was lining up for a landing…returning home.  The scene from Planes above, reminded me of that moment.

When I visit airports and watch the planes land, I can still feel the controls, my feet on the rudders aligning the plane to that thin strip in the windshield. Flaps lowered, throttle back, the hiss of passing air waiting for the flare and, moments later, the Skeep-Skeep of touch down.

By-the-way for you who may see the movie. A hint that it’s not real. There’s no way on God’s earth a Piper Pawnee can reach 317 knots as shown in one scene. Overpowered, the Pawnee may be, but in the end, it’s still a brick with wings.