…what you know that is wrong!

That is a paraphrased quote attributed to Will Rogers. It’s one all too many people overlook. It reminds me of a TV commercial where a woman claims that everything on the internet is true. I hate to disappoint folks, but that could not be further from the truth.

Even the most cynical of us get taken in at times.  My wife and I realized last night that we’d been taken in on one, too. 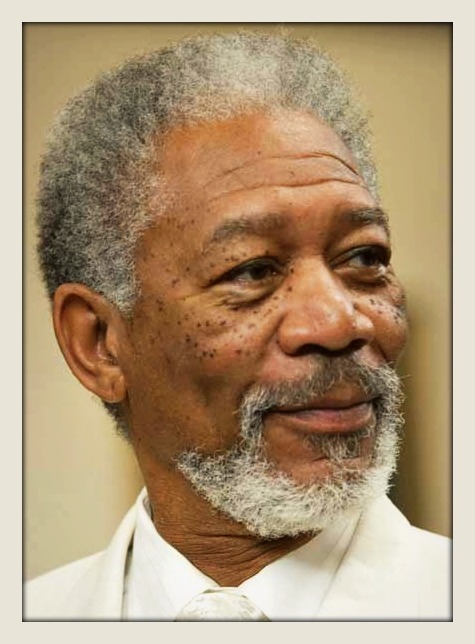 We like Morgan Freeman, the actor. We don’t care for his politics but we do like his acting. We’d heard a few months ago that he’d died. We checked some sources and they confirmed his death. They were wrong. He’s alive and well.

I noticed that he’s in a number of movies that are just now being released and wondered that he knew his end was coming and tried to finish as many as he could given his remaining time. That lead to question of what caused his death.  I did some research and, lo!, discovered Morgan Freeman is alive and well and the numerous reports of his death were hoaxes.

Like I said at the beginning, It’s not what you know that causes problems, it’s what you know that is wrong that causes problems. We see examples all around us. Global Warming is a good example. The climatologists who started the hoax cherry-picked data to support their position. They claimed that Himalayan glaciers were shrinking. The half dozen they chose for examples were shrinking. However the hundred-plus other glaciers in that mountain range weren’t—in fact they were growing!

Then there was the reports of average temperature rising. They were—at the points being measured. What they failed to inform the public was that many of the monitoring stations that had been in rural areas were moved to metropolitan sites to aid aeronautic weather reporting. Locally, our Lees Summit airport now has automated reporting for pilots. That station didn’t exist a decade ago.

When more automated stations are located in or near metro area, the averages—of those stations, will rise. However when you average ALL of the weather stations, no temperature rise was found.

Metro areas do have higher temperatures than rural areas—all those people, cars and concrete to absorb heat from the sun. When you manipulate the source of the data collection, you change the validity of that data.

Collectively, I call these examples as exercises in pseudo-science. All too often, we believe what we want to believe contrary to the facts. Those beliefs can extend from the belief that cell phones interfere with electronics and sound systems, to the belief that vaccinations cause autism. I was taken to task for that last one, vilified and attacked for pointing out that the original study that created the belief of vaccinations causing autism, was based on a hoax.

(CNN) — A now-retracted British study that linked autism to childhood vaccines was an “elaborate fraud” that has done long-lasting damage to public health, a leading medical publication reported Wednesday.

An investigation published by the British medical journal BMJ concludes the study’s author, Dr. Andrew Wakefield, misrepresented or altered the medical histories of all 12 of the patients whose cases formed the basis of the 1998 study — and that there was “no doubt” Wakefield was responsible.

“It’s one thing to have a bad study, a study full of error, and for the authors then to admit that they made errors,” Fiona Godlee, BMJ’s editor-in-chief, told CNN. “But in this case, we have a very different picture of what seems to be a deliberate attempt to create an impression that there was a link by falsifying the data.”

Britain stripped Wakefield of his medical license in May. “Meanwhile, the damage to public health continues, fueled by unbalanced media reporting and an ineffective response from government, researchers, journals and the medical profession,” BMJ states in an editorial accompanying the work.

The now-discredited paper panicked many parents and led to a sharp drop in the number of children getting the vaccine that prevents measles, mumps and rubella. Vaccination rates dropped sharply in Britain after its publication, falling as low as 80% by 2004. Measles cases have gone up sharply in the ensuing years.

In the United States, more cases of measles were reported in 2008 than in any other year since 1997, according to the Centers for Disease Control and Prevention. More than 90% of those infected had not been vaccinated or their vaccination status was unknown, the CDC reported.

“But perhaps as important as the scare’s effect on infectious disease is the energy, emotion and money that have been diverted away from efforts to understand the real causes of autism and how to help children and families who live with it,” the BMJ editorial states.

Wakefield has been unable to reproduce his results in the face of criticism, and other researchers have been unable to match them. Most of his co-authors withdrew their names from the study in 2004 after learning he had had been paid by a law firm that intended to sue vaccine manufacturers — a serious conflict of interest he failed to disclose. After years on controversy, the Lancet, the prestigious journal that originally published the research, retracted Wakefield’s paper last February.

I’ve heard that a number of lawsuits have been filed against physicians and vaccine manufacturers based on his hoaxed study. Given human nature to try to find blame, somewhere, for their misfortunes, I wouldn’t be surprised.

We’re in an era of exploding scientific research and exploding dissemination of information without restraint nor constraint. We cannot take individual reports at face value, we must do our own due diligence and validate, as best we can, our information and sources personally.

“It’s not what we don’t know that hurts. It’s what we know that ain’t so.”