The Boston Marathon was bombed. The ones who set the bombs are either dead or in custody.  That’s good. But the method used to find them?  That’s another issue.

From numerous reports, most of them still waiting for verification, Government, by this, I mean the state, local and the Federal government, suspended the Constitution in Boston. I don’t remember any declaration of martial law in Boston, but that is what, in effect, happened. The 1st and 4th Amendments were violated repeatedly. In some cases, even the media was treated like criminals (should I cheer?) being forced to the ground at gunpoint.

For those of you with access to Facebook, you can view nearly 150 photos taken by individuals in Boston and Watertown. They are horrifying.

How would you like to look out your window and see this pointed at you? 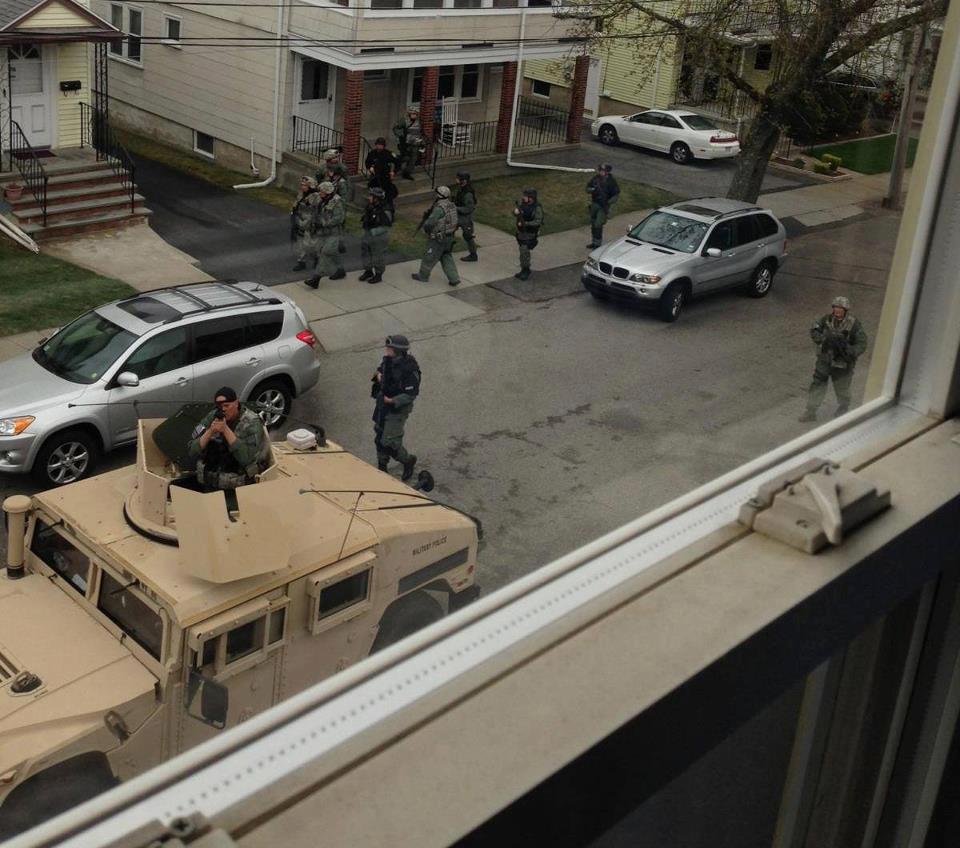 This is what you can expect when the dems and liberals control government. When the search for Dorner was on in California, there was no lock-down until they had him located and then it was only for a few surrounding blocks. Boston was massive, massive over-reaction.

And, Bostonians submissively accepted this.