Everyone seems to be taking a snow day today…and maybe tomorrow as well. I underestimated the snowfall last week. Once I got outside and made some measurements, we averaged 14″ in our yard. Our deck had a drift more than two feet deep. Fortunately, about half of the snow melted over the weekend.

Last night and continuing through today, we are receiving more snow. Using my Mark I eyeball, I would estimate we have around 8″ of new snow, so far. It’s a wet, heavy snow, clinging to trees and power lines.

Some 55,000 homes across Kansas City are without power including Mrs. Crucis’ cousin who lives in Kansas City.  We had a power ‘blink’ sometime during the night but it was brief. In our neighborhood, the power lines to houses are buried and the above ground lines are free of trees.

Here’s a couple of obligatory photos. 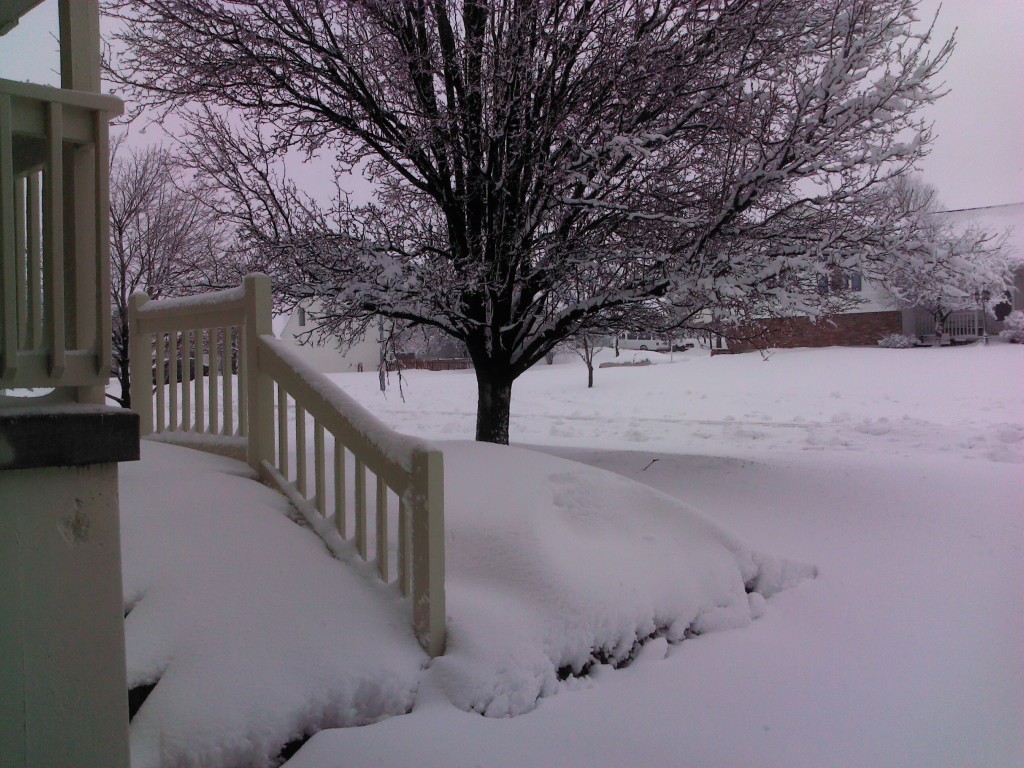 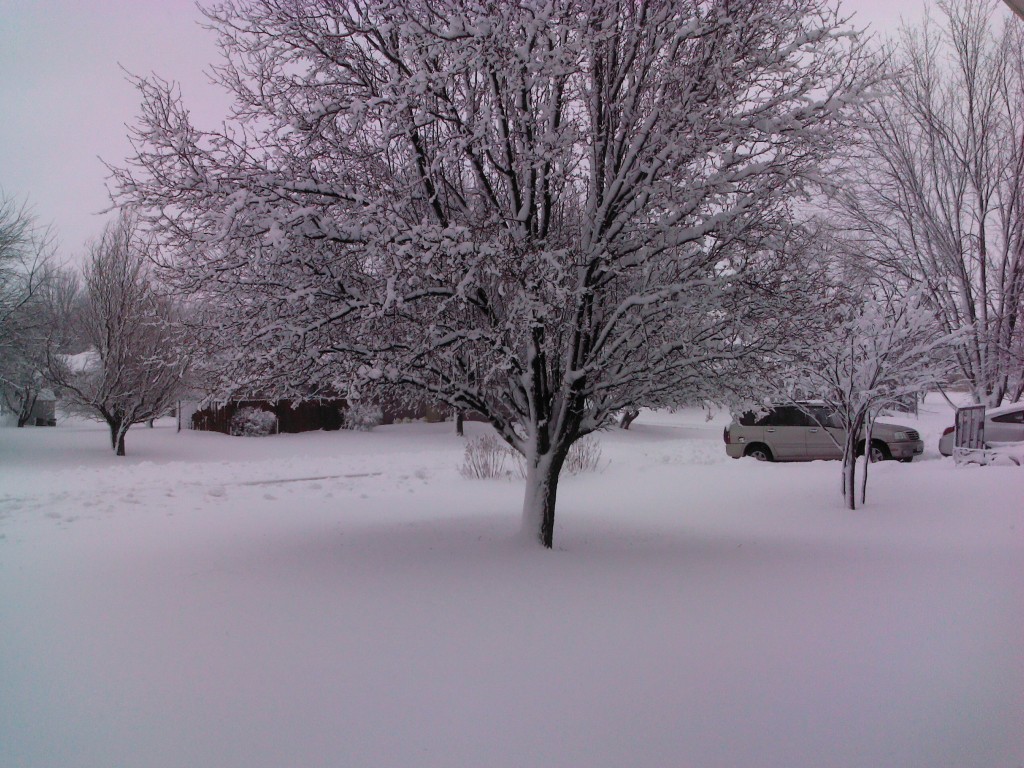 Bloggers first spotted the trend and said they suspected some social media funny business because the senders had sent no other tweets, had no followers and followed nobody.

In addition, blogger Stacy McCain said his review found the majority of the accounts supporting Obama’s gun-control campaign were created less than 48 hours before a member of Congress was contacted.

The tweets in question included the #WeDemandAVote hashtag – which President Obama told gun-control supporters to include in their Twitter messages to Congress.

Stockman is among 16 members of Congress who appear to have received the tweets.

On Monday, the congressman suggested “Obama’s anti-gun activists” were behind the allegedly computer-generated messages, which his office called a “scam” similar to those selling “male enhancement pills.”

Stockman also said accounts are linked directly to a former Obama staffer and called on the president to denounce the spamming.

“Obama’s anti-gun campaign is a fraud,” Stockman said in a statement. “The White House has some explaining to do. To what extent is the White House involved in this attempt to defraud Congress?”

The White House did not respond to a request for comment.