It is bright outside here near KC. That won’t last. According to which track you’re following and which model your local forecaster is using, we’ll get between 8″ to over 12″ of snow in the next 36 hours. One local station estimates up to 18″. My wife teaches on Tuesday nights. She is expecting a snow day. 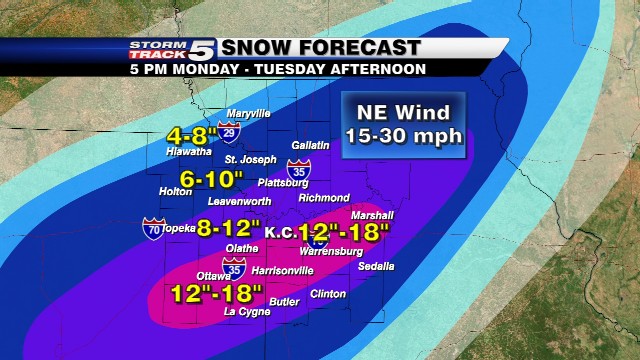 South Carolina democrats are planning to hire private detectives to “discover” dirt on their ‘Pub opponents. It’s not an new tactic. In South Carolina, the purpose is to “cripple” the  legislative agenda of the ‘Pub state leadership and Governor Pat McCrory.

Liberal groups lay out blueprint for attack on state leaders

The memo, which was first reported by The Charlotte Observer, details communications strategy, political tactics and polling data that progressive groups can use to push the policy agenda in Raleigh, where Republicans control both the governor’s mansion and the legislature.

According to documents included with the memo and interviews, the strategy outline was produced by Myers Research and Strategic Services for Project New America. It was originally provided to Progress North Carolina, a liberal nonprofit that has aggressively attacked McCrory during the 2012 campaign and his early term in office. Progress North Carolina shared the memo with Blueprint NC, a nonprofit that coordinates the activities of liberal-leaning nonprofits. In turn, Blueprint NC distributed it to its member organizations.

An electronic version of the memo appears to contain at least three separate documents. One is an email from outgoing Blueprint NC Communications Director Stephanie Bass describing the material and emphasizing that it is “CONFIDENTIAL to Blueprint, so please be careful – share with your boards and appropriate staff, but not the whole world.”

Sean Kosofsky, Blueprint NC’s director, said his group did not pay for or commission the research. “We were just forwarding it on,” he said.

On Saturday, two days after this post originally published, Kosofsky distanced his group from most inflammatory parts of the document, although acknowledged it was distributed at a meeting organized by Blueprint NC. Click here to read more about what Kosofsky says about the controversial memo.

The second document is a “talking points memo” that outlines strategies for progressive groups. Policy wins for the political left, the memo said, would likely be defined as “mitigating” legislation, rather than pushing their own agenda items.

“The most effective way to mitigate the worst legislation is to weaken our opponents’ ability to govern by crippling their leaders (McCrory, Tillis, Berger, etc…)” the memo reads, referring to the governor, House Speaker Thom Tillis and Senate President Pro Tem Phil Berger.

The memo goes on to describe a “potential two-year vision” during which the groups would “eviscerate the leadership and weaken their ability to govern.”

Need a job? Get paid to be a Gun Control supporter. Progressive USA Voters can’t get enough members to make an impact in Chicago’s ongoing battle against guns and the 2nd Amendment. They’ve found a solution. If there isn’t enough support, buy some!

The liberal organization Progressive USA Voters, which is housed in the same progressive Denver office building as a chapter of the infamous left-wing astroturf group ProgressNow, is offering an hourly wage of between $9 and $11 to join its gun-control campaign in Chicago, according to a flyer that was photographed and posted to Reddit Friday.

Halvorson is running against former state representative Robin Kelly, who has received the endorsement of New York Mayor Michael Bloomberg’s super PAC, Independence USA, which is also attacking Halverson on the issue of Gun Control.

“Progressive USA will be going door-to-door in this important race in the coming weeks in order to educate voters about Halvorson’s record,” according to the group’s website.

Progressive USA Voters is a project of Progressive USA, which claims to “advocate for sensible policy solutions, hold our nation’s elected officials accountable for their actions and take head-on the flawed policies and hypocrisy of the radical right.” The group does not list its staff or directors on its website, and does not disclose its donors to the Federal Election Commission.

I don’t contribute to democrat politicians…but I’m tempted to send a few pennies to Debbie Halvorson.

Chicago Teacher Union Prez Karen Lewis led a strike against Chicago Schools and Rahm Emanuel’s education reforms. Lewis won pay raises of 17.6 percent and now she’s under pressure—because she didn’t extort enough concessions and money. If I were the editor of the Chicago Tribune, I’d title this article as “Feeding on their own.”

Karen Lewis, the tough-talking boss of the Chicago teachers union who led the strike last September that derailed many of Mayor Rahm Emanuel’s education reform plans, will face a leadership challenge in May.

Some members of the Chicago Teachers Union are dissatisfied with Lewis’s leadership. They think she should have won more concessions from the city.

“We struck, we fought, we gave Karen Lewis all the power she needed, but she didn’t deliver at the bargaining table,” said Tanya Saunders-Wolffe, a school counselor who plans to run for CTU president, in an interview with the Chicago Tribune.

As a result of the strike, Lewis was able to win teacher salary increases of 17.6 percent over the next four years. The compromise also gutted Emanuel’s proposal to tie teacher evaluations to students’ performances, and kept in place benefits and job protection for teachers with seniority.

Emanuel came away with his sought-after extension of the school day. He also turned the situation into an opportunity to push for school choice reforms.

Lewis wasn’t entirely happy with the deal and called it an “austerity contract.”

Evidently, some teachers agree with her. Saunders-Wolffe will run as part of a slate of candidates opposing Lewis’s leadership.

Lewis is a nasty piece of work as is Rahm Emanuel. On one hand, it’s great to see two parasites fight one another. On the other hand if Lewis loses her re-election, Chicago will be saddled with a worse union boss.

My final topic today is an ad the NRA is running in some states. They acquired some DoJ documents that prove Obama really is planning to confiscate guns from US citizens.

WASHINGTON — The National Rifle Association is using a Justice Department memo it obtained to argue in ads that the Obama administration believes its gun control plans won’t work unless the government seizes firearms and requires national gun registration — ideas the White House has not proposed and does not support.

The NRA’s assertion and its obtaining of the memo in the first place underscore the no-holds-barred battle under way as Washington’s fight over gun restrictions heats up.

The memo, under the name of one of the Justice Department’s leading crime researchers, critiques the effectiveness of gun control proposals, including some of President Obama’s. A Justice Department official called the memo an unfinished review of gun violence research and said it does not represent administration policy.

The memo says requiring background checks for more gun purchases could help, but also could lead to more illicit weapons sales. It says banning assault weapons and high capacity ammunition magazines produced in the future but exempting those already owned by the public, as Obama has proposed, would have limited impact because people now own so many of those items.

It also says that even total elimination of assault weapons would have little overall effect on gun killings because assault weapons account for a limited proportion of those crimes.

The nine-page document says the success of universal background checks would depend in part on “requiring gun registration,” and says gun buybacks would not be effective “unless massive and coupled with a ban.”

The administration has not proposed gun registration, buybacks or banning all firearms. But gun registration and ownership curbs are hot-button issues for the NRA and other gun-rights groups, which strenuously oppose the ideas.

Justice Department and White House officials declined to provide much information about the memo or answer questions about it on the record.

The memo has the look of a preliminary document and calls itself “a cursory summary” and assessment of gun curb initiatives. The administration has not released it officially.

But the NRA has posted the memo on one of its websites and cites it in advertising aimed at whipping up opposition to Obama’s efforts to contain gun violence. The ad says the paper shows that the administration “believes that a gun ban will not work without mandatory gun confiscation” and thinks universal background checks “won’t work without requiring national gun registration” — ideas the president has not proposed or expressed support for.

Last month, White House spokesman Jay Carney said none of Obama’s proposals “would take away a gun from a single law-abiding American.” Other administration officials have said their plans would not result in gun seizures or a national gun registry.

A Justice Department official who would only discuss the issue on condition of anonymity said the NRA ad misrepresents Obama’s gun proposals and that the administration has never backed a gun registry or gun confiscation.

While the memo’s analysis of gun curb proposals presents no new findings, it is unusual for a federal agency document to surface that raises questions about a president’s plans during debate on a high-profile issue such as restricting firearms.

Obama wants to ban assault weapons and ammunition magazines exceeding 10 rounds that are produced in the future. He wants universal background checks for nearly all gun purchases. Today, checks are only mandatory on sales by federally licensed gun dealers, not transactions at gun shows or other private sales.

His plan also includes tougher federal laws against gun trafficking and straw purchases, which occur when a person legally buys a firearm but sells it to a criminal or someone else barred from owning a weapon.

Interest in the gun issue has intensified since the December shootings in Newtown, Conn., that killed 20 first-graders and six staffers at an elementary school. The Democratic-led Senate Judiciary Committee plans to write legislation addressing some of Obama’s proposals in the next week or two.

The NRA’s Cox declined to say how his organization obtained the memo.

He said the commercial is running online in 15 states, including many Republican-leaning states where Democrats will defend Senate seats next year, such as Alaska, Arkansas, Louisiana, Montana, North Carolina, South Dakota and West Virginia. There are also ads in papers in five states.

The memo was written under the name of Greg Ridgeway, acting director of the National Institute of Justice, the Justice Department’s research arm. It is dated Jan. 4, nearly two weeks before Obama announced his plan for restricting guns, and Ridgeway’s first day as acting chief.

The article is long and I included only a portion. Please follow the link and read the entire column. Obama may not get the legislation that he wants but we’ve already seen that he ignores congressional and constitutional constraints whenever they obstruct his goals.