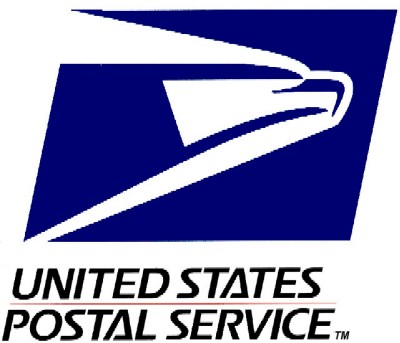 The U.S. Postal Service has been taking lumps in the last few weeks and some customers and cities are fighting back. One case is between the USPS and the city of East Cleveland, OH. The issue there is traffic and parking tickets…some $700 worth of traffic tickets issued to USPS drivers who ignored speed limits, traffic lights and no-parking zones. The USPS replied through a USPS litigator.

“In providing mail service across the country, the Postal Service attempts to work within local and state laws and regulations, when feasible,” Breslin wrote in response to a summons for payment. “However, as you are probably aware, the postal service enjoys federal immunity from state and local regulation.” — The Leaf Chronicle.

I used to be amazed by the arrogance of governmental spokesmen. That was long ago when I was younger and more…naive. I was soon educated and lost that innocence.

The problem with this USPS stance is that they are not a full federal agency. They are a constitutionally mandated service, independently funded. That’s far from being a federal agency.  I note that NPR, too,is also a quasi-independent agency that is partially funded by tax dollars. I don’t believe anyone thinks NPR is a federal agency comparable with…USIA, the US Information Agency. But, the USPS is a money-losing operation. Unions have locked the Service in the past, not allowing full automation and burdening the Service with an enormous underfunded pension fund.

The USPS answer astounded local city officials. East Cleveland Mayor Gary Norton was bewildered by the news.“I was unaware that the post office doesn’t have to stop at red lights or obey the speed limit. But since they are, I wish I’d get my mail faster.”

This case is undoubtedly going to Federal court. Given the tendency of the Judiciary towards more statism over the last six decades, I wouldn’t be surprised East Cleveland loses in court giving the USPS freedom to continue to ignore state and local law.

Another case that is already in court is from Colorado, a 2nd Amendment issue this time. The suit is against the blanket USPS prohibition against weapons by customers of the post office. Again, the USPS uses the “federal agency” excuse and Obama’s government-wide order prohibiting weapons carried by legal, law-abiding citizens on federal property.

PENDLEY: A real gunfight in the Old West

A Colorado case emerges as a test for the Second Amendment

As defenders of the Second Amendment grapple with President Obama’s second-term onslaught against the “right to keep and bear arms,” a rural Colorado man is already in federal court in Denver challenging the Obama administration’s first-term refusal to adhere to the commands of the Constitution. Briefs have been filed and oral arguments await in Bonidy v. U.S. Postal Service, a gun rights case that could eventually reach the Supreme Court.

Tab Bonidy, who lives in rural Colorado outside of Avon—a tiny town in Eagle County, two hours west of Denver — is licensed to carry a handgun and regularly carries one for self-defense from wild animals and criminals whenever he drives the 10 miles roundtrip from his home, where mail delivery service is not available, into Avon to collect his mail. On his arrival in Avon, however, he is barred by a Postal Service regulation from carrying his firearm, or even locking it in his car, on Postal Service property. The Postal Service regulation, which was renewed in 2007, provides: “Notwithstanding the provisions of any other law, rule or regulation, no person while on Postal property may carry firearms, other dangerous or deadly weapons, or explosives, either openly or concealed, or store the same on Postal property, except for official purposes.”

The argument by the Department of Justice is straightforward. Second Amendment rights are limited to the home. Moreover, Postal Service property is sensitive because the Postal Service says so. Thus, its regulation is reasonable. In addition, in reviewing the Postal Service’s regulation, the district court should defer to the expertise of the Postal Service. Finally, argues the Obama administration, unlike most other constitutional protections, the “right to keep and bear arms” is not subject to strict or even intermediate judicial scrutiny. That is, the federal government must simply demonstrate its regulation is “narrowly tailored” to serve a “compelling governmental interest.”

Mr. Bonidy argues that the Second Amendment guarantees his right to carry a firearm for self-defense in case of confrontation, that his right to do so is clear from the Constitution’s text, which is illustrated by the English Common Law and that it has long been protected by the states. The Postal Service’s Avon property is hardly “sensitive,” especially in light of the Obama administration’s argument that any property that serves a “quintessential government function” is “sensitive” and hence a government-decreed “gun-free zone.” In fact, the Avon post office is open to the public and lacks any indication of being a sensitive place. Finally, although the Postal Service may have a compelling governmental interest when it seeks to protect lives and the mail, its total ban is not “narrowly tailored” to serve those interests.

The last paragraph in the article is most appropriate. It states simply, “In the long battle now beginning to preserve the Second Amendment, it is fitting that an initial and important skirmish occurs out West.”