First an update on yesterday’s post. The mediation talks between Hostess Brands and the Baker’s and Confectionery Worker’s union failed—as expected. Why? Because the union didn’t want a resolution. The union biggies who attended the mediation had no reason to agree to anything. Their jobs weren’t in danger. No, just those of the rank and file. Apparently the union…still…expects someone to bail them out and rehire all the union workers. They still don’t get it. Why would anyone pay to inherit someone else’s problems and troublemakers. Nope, not going to happen.

I was listening to Dave Ramsey this morning and one of his comments struck a cord. It was the revival of the federal Death Tax. The democrats are about to raise that tax from 35% to 55% and lower the $5M exemption to $1M.

Many aren’t concerned about this. Their estates aren’t that big and for them it’s true. No, the ones who are affected are small businesses and family farms. 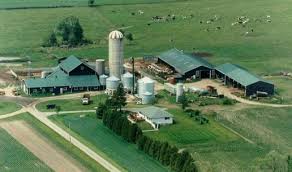 For farmers, just the land, whether it’s tillable or not, is enough to kick them over the limit. It’s easier for farmers to reach that tax threshold when you add equipment, farm buildings and livestock.

For the small business, it doesn’t take long to reach that limit as well. A building, equipment, inventory, can reach that limit easily. For example, let’s say a businessman owned a small concrete business. He builds curbs and driveways, small business parking areas and the like. He also owns some concrete trucks that he uses to transport concrete to his and other sites.  Those concrete trucks with their supporting equipment and some raw material could kick his estate over the limit.

When it comes time to pay the death taxes, it usually means the farm or the business must be sold just to pay the tax. Another business gone. Another farm gone. The city, county and state loses a tax revenue stream. No one wins…except for the FedGov…one time.

In this case, the thief strikes boldly in full daylight. No matter how you paint it, it’s still theft.

The Daily Caller has this column about the Death Tax.

There is no more vivid or offensive example of the “you didn’t build that” philosophy on the books than the federal death tax, which supposes that when you die a hefty portion of everything you built up over a lifetime ought to go to government. It’s a vestige of the feudal days when all property was owned by the king.

That’s probably why the death tax is the “worst tax — that is, the least fair” according to polling by the Tax Foundation. And it’s also why our founders thought the idea of seizing an estate at death so outrageous that they prohibited it as a penalty for treason in the U.S. Constitution (Article III, Section 3). And yet now, seizing more than half of it as a penalty for accomplishing the American dream is the preferred policy of Democrats in the United States Senate.

You’re born. You work hard. You pay your taxes all your life. Maybe, you build something along the way. But when you die the IRS can tax you again.

That means family farms and businesses will be forced to shut down when the founder dies just to pay the tax bill.

Former Congressional Budget Office director Douglas Holtz-Eakin estimates that the Democrats’ 55 percent death tax would destroy as many as 1.5 million small-business jobs, walloping an already weak economy. That’s the problem with taxing “the rich” — even after they die — the real pain is suffered by the people they employ, who lose their jobs.

Unfortunately, rather than seize the moral high ground by advocating full repeal of the death tax, Senate Republicans have included a compromise position in their alternative tax package: they want to keep the tax at its current 35 percent rate. The study from Holtz-Eakin found that would destroy 857,000 jobs — which can only be described as “less bad” than the economic damage Democrats are proposing.

Senate Republicans are compromising even though they know the right position is full repeal because they fear the political implications of advocating full repeal at a time when the media and left-wing agitators are even more obsessed than usual with class warfare and the politics of envy.

The column continues. It would be worth your time to read it all and then contact your US Representative and Senator. It may be too little and too late but perhaps we can minimize the damage.