Today’s discussion about concealed carry is accessories…holsters. Men will think that covers belt holsters and maybe magazine/speed-loader holders. For this discussion that is correct…for men.  For women, it’s a bit more involved.  Why? Because women are…curvy. Curvy that is usually opposite from men.

Before we go further, why are holsters needed? Why can’t we, like movie gangsters from the 1930’s, just drop a pistol in a suit or coat pocket and go about our business?

A number of reasons. One, pistols are heavy. A pistol in a suit or jacket pocket will sag. It will be obvious you have something heavy in that pocket. In many cases the outline of the pistol will also be obvious. The holster will distribute the weight of the pistol and allow you to be comfortable when you carry for an extended time.

Second, the purpose of the holster is not just a place to hang a pistol. The holster is a safety device. It allows you to carry a weapon and to keep objects…and fingers…away from the trigger. Holsters are designed to cover the trigger on purpose.

There are some old holsters from the early 20th Century that did not cover the trigger.  DON’T USE THEM! I had a high-school friend who used one while hunting. Something snagged the trigger when he was walking through a thicket and the pistol fired. The bullet went into his leg, through his knee and on out.  His leg had to be amputated at the knee.

The common holster attaches to a belt and the holster and pistol is in easy reach at the waist. With a few exceptions, holsters are designed for men. The holster is designed to tuck the pistol or revolver close to the body.  Works great for men. For women, curvy women, that same pistol means the butt digs into the woman’s ribs. I would suggest any women readers check out Kathy Jackson’s website on holsters. There are some options available for women, like carrying pistols in purses, that aren’t suitable for most men.

Getting back to holsters…there are a wide variety. The most common are the OWB (Outside the Waist-Band,) the IWB (Inside the Waist-Band,) the Shoulder Holster and the pocket holster.  Each can be a solution in most circumstances. Few, if any, are suitable in all circumstances. The usual result is that most CCW carriers have a number of holsters that are used during different parts of the year. What would be suitable in the Fall, Winter, and Spring when jackets and outer wear are worn, the OWB or IWB holster is common. Those same holsters, in the summer when shorts and t-shirts are common, aren’t as suitable. 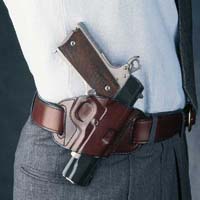 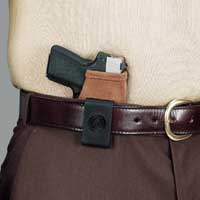 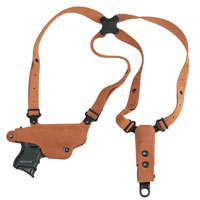 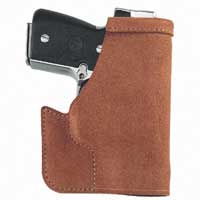 There are still more holster options.  You must remember that you will still need some cover garment even if it is nothing more than a baggy t-shirt. The purpose of the pocket holster is to break the outline of the pistol, cover the trigger for safety and to reduce the accumulation of dirt and lint from inside the pistol.

I know some CCW carriers who carry small pistols or revolvers in a pocket without a pocket holster. They believe that it is more important to be able to draw quickly than to conceal the outlines of the pistol. The problem with that theory is: 1) the trigger is exposed. When you reach for the pistol, you could accidentally hit the trigger. 2) dirt and pocket lint can get into the pistol causing a jam when you need the pistol most.

The bottom line concerning holsters: Don’t be cheap. A good, well-designed, well-made holster can save your life. Most of my holsters are custom-made by a friend in Washington state. He charges $100 and up for one of his holsters and each one is hand-crafted and designed to fit your specific weapon. I’ve had him made holsters for new pistols when there were no commercial (GALCO) holsters available. A good holster is worth the money you spend.

I would strongly suggest the women to read Kathy Walker’s commentary on holsters before they go shopping.

Tomorrow’s discussion is about weapons