CNN posted a video of a group of Pastors in McKinney, TX, lay hands on Rick Santorum.  I’m surprised CNN showed this given their usual anti-Christian rhetoric.
Santorum wasn’t my first choice in this race.  But he’s looking better every day.

Obama had a run-in with Christian America this week with his requirement for religious institutions to provide contraceptives, abortions and other state-mandated healthcare contrary to their church doctrine and the promises made by the dems before Obamacare was passed.  Now the lie has been exposed and the battle-lines have been drawn.
I noticed that well after the fight commenced, john Boehner wet his finger, waved it in the air and decided to come out in favor of the Church.  Michael Ramirez has this viewpoint. 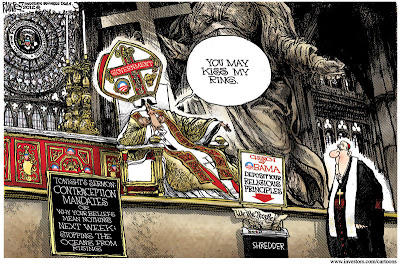 Glenn McCoy also chimed in with this submission. 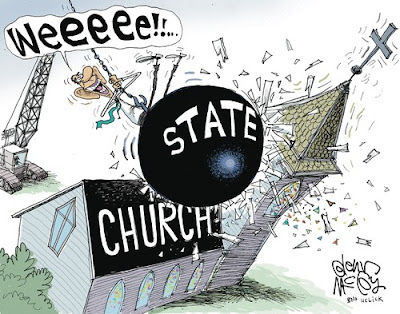 And here is Dana Summer’s opinion. 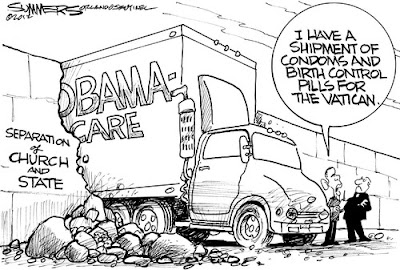 Finally, Obama has decided that Super-PACs are a good thing. Now he can openly create them instead of hiding behind George Soros and others. 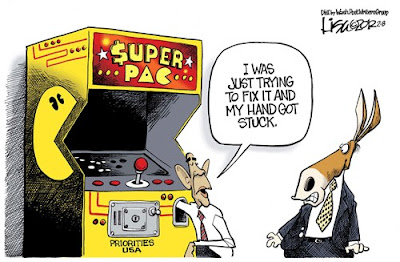 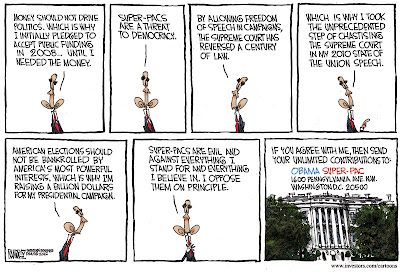