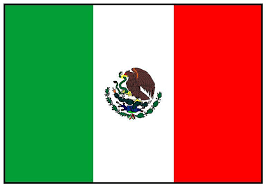 My wife and I visited our daughter and son-in-law’s church Sunday. I noticed in their program their youth group was working to earn funds to visit a youth camp in Mexico this coming summer. I remembered my posts on the apparent societal breakup in Mexico and thought that sending kids into that maelstrom is a BAD IDEA! If you value anything, don’t go to Mexico. Don’t send your kids, don’t go yourself, dissuade your friends, don’t let your college age children go to Cancun on Spring Break. Don’t go to Mexico!

Note in the article below that the Cancun Police Chief and police department officers have been implicated in the assassination of the new regional drug enforcement official, a Mexican Army General. Mexico City has the highest kidnap rate in the world. Would you send your kids into that??

From the Strategy Page, comes this posting. It’s a long quotation, but I think it’s necessary to provide the entire article.

You Can’t Make This Stuff Up

February 16, 2009: The government has 45,000 troops and 5,000 police battling several thousand cartel gunmen in 18 states. But most of the action is in a few states along the U.S. border. Two years of violence have left over 8,000 dead. The drug cartels are not strong enough to defeat the government, but they are determined to keep fighting to preserve their lucrative drug business. It’s all about ambition, greed and no inhibitions when it comes to killing. You can’t make this stuff up. The government is apparently going to keep at it until the cartels are destroyed, or adopt a much more low profile way of operating.

February 14, 2009: For the past three months Mexican and U.S. security officials have openly discussed increased U.S. support for Mexico in its war against drug gangs. This is being called, “the Cartel War”. The U.S. is concerned about “spill-over” violence. Politicians in El Paso, Texas, are worried about it, and they are concerned for their Mexican neighbors in Ciudad, Juarez (Chihuahua state). Both Mexico and the U.S. are pushing “intelligence sharing” (intel on smuggling, drug gangs, weapons, finances, etc). One criticism from some sectors in Mexico is that intel sharing will likely lead to “American contractors” (meaning military or intelligence service companies). This is “contractors” used in a very negative sense, suggesting American mercenaries. Apparently the Mexican government thinks hiring expertise to support Mexican operations is a good option. Are joint operations by the U.S. and Mexico possible? Sure – but as both the U.S. government and Mexican government have stressed, such operations have to be very carefully planned and approved by both governments. At the moment Mexican-U.S. joint military operations are very unlikely, but it is a good bet that planning officers in Mexico and the U.S. are looking at “what can we do for each other” if cartels launch attacks in the U.S., or tried to create a situation where Mexican military units cross the border in the midst of a combat operation. Some joint operations well short of combat and “increased security presence” operations make a lot of sense. Joint communications operations are one example, and “joint liaison teams” manned by experienced military personnel from both countries another. You can bet any joint team will operate on both sides of the border. Political cover is one reason – Mexicans are sensitive to “affronts to sovereignty.” However, a “both sides” joint operation is also common sense since the violence and drug smuggling has transnational effects. Ad hoc arrangements and relationships already exist, but it appears both governments are interested in more formal and permanent cooperation.

February 10, 2009: At least 21 people died in a firefight in Chihuahua state (130 kilometers south of Ciudad Juarez) between Mexican soldiers and cartel gunmen. The confrontation began as a “stand-off” between soldiers and gang members who had kidnapped nine people. The gangsters executed six of the kidnap victims during the battle. Soldiers lost one of their own, and killed 14 gang members.

February 9, 2009: Troops took control of police headquarters in Cancun and arrested the local police commander and 36 policemen. The military announced that it believes the policemen are “connected” to the murder of retired Mexican Army Brigadier General Mauro Enrique Tello in Cancun.

February 4, 2009: A retired senior Mexican military officer, Brigadier General Mauro Enrique Tello, was murdered in Cancun in what authorities said was likely an assassination by a drug cartel hit team. Two bodyguards were killed along with the general. The murders were “execution-style”?the men were tortured then shot in the head. Tello had retired recently and after his retirement had take charge of a special counter-cartel security force authorized by the mayor of Cancun. Tello had also been in charge of operations in western Mexico in 1997 (Michoacan state) that amounted to a crackdown on drug traffickers and local gangsters – something of a “preview” of the Cartel War. The government is paying close attention to the murders, for several reasons. The Mexican Army plays a central role in the Cartel War – it is the government’s chief counter-cartel organization. Cancun is also an international tourist resort and a source of good jobs. Tourist revenues have declined since violence began increasing. So far the worst violence has been in northern Mexico, though the Acapulco region, which is also a tourist resort, has been plagued by inter-gang “turf wars” and shootouts between the police and drug gangs.

January 30, 2009: Demonstrators gathered in Mexico City to protest a government decision to “freeze” gasoline prices but not freeze prices for diesel. Most of the protestors were farmers who were complaining that the cost of farm machinery (most of the farm machines run on diesel) had increased prohibitively.

January 27, 2009: The government said 22 people were killed in northern Mexico over a 48 hour period. Four of the victims were killed at a PEMEX oil facility. They had “tape over their eyes” and they were shot in the head (more “execution-style” murders). Three more people were murdered in Chihuahua City.

January 24, 2009: The government reported thirteen people were slain in drug violence in the state of Chihuahua. Nine of the 13 were killed in the city of Ciudad Juarez (across the border from El Paso, Texas). A “semi-official” figure for murders in Chihuahua state during 2008 is now making the rounds: 2400. That means about 40 percent of the Cartel War deaths in 2008 occurred in Chihuahua state..

January 20, 2009: The U.S. Marine Corps is implementing new travel policies to Mexico for Marine Corps personnel. Marines stationed in Yuma, Arizona must get command permission before they cross the border (either on leave or off-duty pleasure travel). This is similar to the policies implemented by Ft Bliss, Texas, a U.S. Army post..The State Department has raised its “caution-level” for visiting Matamoros, Monterrey, Nogales, Tijuana, Nuevo Laredo, and Ciudad Juarez.

January 16, 2009: Is imitation the sincerest form of flattery? The Zetas have roots in the Mexican military and have operated as a para-military force. Now Mexican Army troopers have arrested three drug cartel gang members in Tijuana. The military report said that the gang members had “uniforms” with a patch featuring a skull and crossed crutches. A “gang faction” in the area is run by a gang leader who has the nickname “Muletas” (crutches). The men arrested were identified as being part of the faction’s “special forces.” Uniforms for cartel gunmen isn’t new – police and soldiers have found real military uniforms and modified uniforms in arms caches. “Paramilitary gear” also crops up in news and government reports, and that can refer to clothing as well as tactical gear. But it looks like at least one gang really wants to “play soldier.”

January 15, 2009: The U.S. Homeland Security Department said that it would send Border Patrol SWAT teams and even military units if “drug gangs” (term used in the report) crossed the U.S.-Mexican border and confronted U.S. police. Homeland Security stressed that this is “a contingency plan” only – implying local authorities (police, sheriff, state police) are the first responders to such an incident. The head of Homeland Security repeated this – that this is a plan, not a prediction. A senior official said the contingency plan can be “scaled” to meet the emergency, meaning that if local authorities only needed “back-up” (support) that would be made available, but if the situation escalated a larger rapid reaction force could be organized and sent.

1 thought on “More on the breakup of Mexico”