Darrell Issa tries to get documents from Holder’s DoJ.  After multiple delays, he receives paper so redacted as to be useless.  What remains that is readable is questionable.  After all, this administration is built on lies.  They manipulate data and when caught, deny the act.  All that makes this cartoon so appropriate. 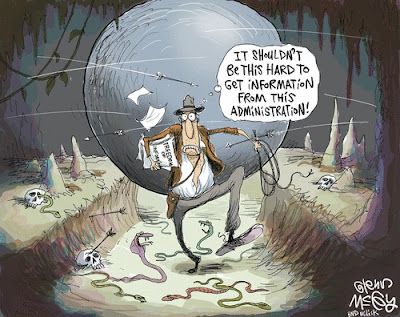 The 2nd Amendment had a couple of winners recently.  First Maryland’s “May Issue” concealed carry statues were declared unconstitutional because they were capriciously granted to favorites.  This decision will undoubtedly be appealed but it puts another nail in the coffin of gun-control and makes the anti-2A forces retreat once again.

The second case was concealed carry on campus in Colorado.  The Colorado courts have declared unconstitutional the prohibition against student’s, who have all the proper state permits, from carrying on campus. No more gun-free zones in Colorado universities.  No more Virginia Tech-type shooting galleries. 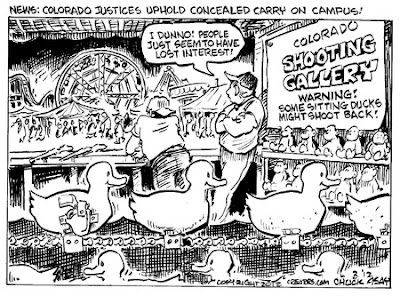 We’re from the government and we’re here to help you!  Whether you can afford it or not. 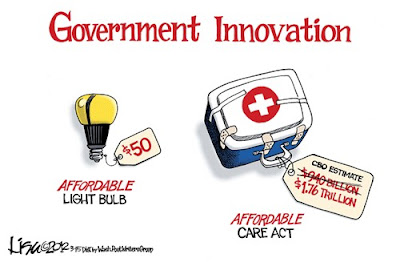 And finally, Eric Holder blocked the use of photo-IDs for voting in Texas.  Yep, gotta protect democrat vote fraud in the Lone Star State. 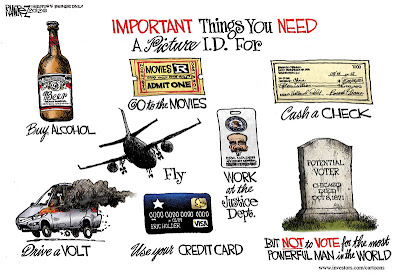 As you can see, I had trouble finding a topic for today.  Cartoons are always a good fall-back and today, I had plenty to choose from.