My post title is from a 1960 movie made from a novel by Rosamond Marshall. The movie/novel wasn’t about cannibalism, however.  Sarah Palin wrote a post last week using the subject of cannibalism but her topic wasn’t fiction.  No, far from it. We have had, over the last year, many examples of political cannibalism and they weren’t and aren’t being practiced by the democrats.  No, the current cannibalism is a fight between the ‘Pub establishment and the rising forces of conservatism and the Tea Party.

Cannibals in GOP Establishment Employ Tactics of the Left 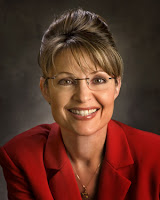 We have witnessed something very disturbing this week. The Republican establishment which fought Ronald Reagan in the 1970s and which continues to fight the grassroots Tea Party movement today has adopted the tactics of the left in using the media and the politics of personal destruction to attack an opponent.
…
I am sadly too familiar with these tactics because they were used against the GOP ticket in 2008. The left seeks to single someone out and destroy his or her record and reputation and family using the media as a channel to dump handpicked and half-baked campaign opposition research on the public. The difference in 2008 was that I was largely unknown to the American public, so they had no way of differentiating between the lies and the truth. All of it came at them at once as “facts” about me. But Newt Gingrich is known to us – both the good and the bad.
…
But this whole thing isn’t really about Newt Gingrich vs. Mitt Romney. It is about the GOP establishment vs. the Tea Party grassroots and independent Americans who are sick of the politics of personal destruction used now by both parties’ operatives with a complicit media egging it on. In fact, the establishment has been just as dismissive of Ron Paul and Rick Santorum. Newt is an imperfect vessel for Tea Party support, but in South Carolina the Tea Party chose to get behind him instead of the old guard’s choice. In response, the GOP establishment voices denounced South Carolinian voters with the same vitriol we usually see from the left when they spew hatred at everyday Americans “bitterly clinging” to their faith and their Second Amendment rights. The Tea Party was once again told to sit down and shut up and listen to the “wisdom” of their betters. We were reminded of the litany of Tea Party endorsed candidates in 2010 who didn’t win. Well, here’s a little newsflash to the establishment: without the Tea Party there would have been no historic 2010 victory at all.
I spoke up before the South Carolina primary to urge voters there to keep this primary going because I have great concern about the GOP establishment trying to anoint a candidate without the blessing of the grassroots and all the needed energy and resources we as commonsense constitutional conservatives could bring to the general election in order to defeat President Obama. Now, I respect Governor Romney and his success. But there are serious concerns about his record and whether as a politician he consistently applied conservative principles and how this impacts the agenda moving forward. The questions need answers now. That is why this primary should not be rushed to an end. We need to vet this. Pundits in the Beltway are gleefully proclaiming that this primary race is over after Florida, despite 46 states still not having chimed in.
…
As I said in my speech in Iowa last September, the challenge of this election is not simply to replace President Obama. The real challenge is who and what we will replace him with. It’s not enough to just change up the uniform. If we don’t change the team and the game plan, we won’t save our country. We truly need sudden and relentless reform in Washington to defend our republic, though it’s becoming clearer that the old guard wants anything but that. That is why we should all be concerned by the tactics employed by the establishment this week. We will not save our country by becoming like the left. And I question whether the GOP establishment would ever employ the same harsh tactics they used on Newt against Obama. I didn’t see it in 2008. Many of these same characters sat on their thumbs in ‘08 and let Obama escape unvetted. Oddly, they’re now using every available microscope and endoscope – along with rewriting history – in attempts to character assassinate anyone challenging their chosen one in their own party’s primary. So, one must ask, who are they really running against?
– Sarah Palin

Her column contains much more than the excerpts I’ve shown above.  Her last sentence really asks the real question, “So, one must ask, who are they really running against?”  The sad truth is that the ‘Pub establishment is running against us.

2 thoughts on “All the Fine Young Cannibals”