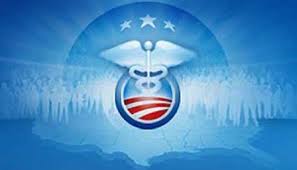 One of the top headlines on Drudge this morning says, “5 million lines of software code needs to be rewritten...". Five million lines of code. You know what that means? A  rewrite of a significant portion of the software.

Before I retired, I was a project manager. I built things for my employer. I built customer service call centers across and outside the country. I built nearly 30 specialized call centers to allow the Deaf and Hard of Hearing use TTYs to communicate with the non-deaf. I created specifications for unique hardware and in the process of all this, was awarded seven telecommunications related patents.

My largest budget was under $15million over a three-year project. Obamacare spent over half a billion dollars—and it doesn’t work. In the private sector, everyone connected with that software development project would have been fired in three months—for gross incompetency and failure to meet milestones.

You see, in the private sector, there exists project gateways. Every few months, a gateway review is conducted—are you on schedule, does the design meet the original specifications, are you on budget (and woe to you if you are over or under budget for that particular segment of the project.)

Fail one of these criteria, and your project is on probation, fail two, you, the manager, are up for review and maybe fired, fail three and the project is killed before it can waste more money and usually, everyone on the project team is looking for a new job. Contractors are out on the street. In addition, at the end of each year of the project, it is reviewed for specification changes, whether the business climate, still needs the project. The project must pass this gateway, too, before any money is allocated and allowed to be budgeted to the project for the coming year.

I once had a three-year project killed after the second year. Why? I was on-time, on-budget, meeting all the project specifications and milestones…but the business climate changed and the project wouldn’t meet its expected ROI, Return-On-Investment. Too bad. Stamp! The project was killed. The company would not pour money into a project that couldn’t pay for itself within three years.

That is the real world, not the fantasyland that is now government. Apparently, the government failed to do any of these project reviews.

Obama is scheduled to have a press announcement later today to explain what he’s going to do to fix Obamacare. I know what he should do but knowing him and the dems, he’ll throw more money down the rathole to fix the unfixable.

He no longer takes questions. It is too dangerous. Someone may ask a hard question such as why a project needed 500 million lines of code or why was a Canadian company chosen on a No-Bid contract? Are there not plenty of US companies with that skill? I’ve managed projects with a comparable customer user base that was one-tenth that amount of code—and my project worked.

I suspect the real reason is that the data collected from people is shared across a multitude of government (and maybe outside companies, Obama favorites?) databases all across the government from the IRS to the FBI to who knows. One bottleneck in that update slows everything—if the transaction is completed at all. It is a rookie mistake by software engineers who don’t understand transaction processing, which, at the core, Obamacare enrollment must be.

Be that as it may, now Obama must “explain” why it failed. He’s already blamed Bush, I wonder who he will blame now? Probably Ted Cruz and the Tea Party.

The Obama administration Sunday said it’s called on “the best and brightest” tech experts from both government and the private sector to help fix the troubled website at the root of the Obamacare enrollment problems.

The unusual Sunday 600-word blog post from the Department of Health and Human Services was the first update in more than a week on the many failings of an expensive website that HHS itself described as “frustrating for many Americans.” But it didn’t specify whom the administration had called in, or when the American people would see clear-cut results on HealthCare.gov.

“We’re kind of thinking of it as a tech ‘surge,’” an HHS official told POLITICO.

The Health and Human Services statement didn’t explain everything that’s wrong, or give technical details about the repairs under way. It outlined some steps being taken to fix the site, including updates with “new code that includes bug fixes.” The department also says it’s installing monitors to catch parts of the website that are proving the most troublesome for consumers. And it also said it had seen some improvements in wait times and consumer access to the website, the online portal to health insurance exchanges or marketplaces the federal government is running in 36 states.

Blah, blah, blah. Words from non-engineers who have no concept what they’re doing. I can tell you right now, they’re going to fail because they never knew what it was supposed to do in the first place. It reminds me of the old programmer’s joke.

IT Manager yells to his programming team, “You start coding and I’ll go see what they want!”

It was never so true as with Obamacare.

There’s an old story about Texas justice that, “He needed killin’,” is sufficient justification for protecting your family. That tale is still valid.

A Texas father will not face murder charges for killing a man with his own bare hands after he discovered the suspect raping his 5-year-old daughter in a remote barn.

A Lavaca County grand jury decided not to charge the 23-year-old father, whose name was withheld, in the June 9 death of Jesus Mora Flores, 47, citing Texas state law where deadly force is authorized and justified in order to stop an aggravated sexual assault, the Daily Mail reported.

“You have a right to defend your daughter,” Mr. Harmon told CNN at the time. “The girl’s father acted in defense of his third person. Once the investigation is completed we will submit it to the district attorney who then submits it to the grand jury, who will decide if they will indict him.”

Authorities say a witness saw Flores “forcibly carrying” the young girl into a secluded area. Running toward his daughter’s screams, police said the father pulled Flores off of her and “inflicted several blows to the man’s head and neck area,’ the Daily Mail said.

Emergency crews found Flores‘ pants and underwear pulled down on his lifeless body by the time they arrived.

I note a thug broke into a KC home last night and was sent to meet his maker by the homeowner. In both cases, justice was served.

Why are these two Bozo’s still Speaker and House Majority Leader? Calling them Idjits is just too mild.

WASHINGTON, September 3, 2013 — House Speaker John Boehner and Majority Whip Eric Cantor have decided to support President Obama’s decision to launch a limited military action against Syria. They will begin preparing the ground for that with their caucus as soon as the president and Congress return to Washington on September 9.

Former Speaker Nancy Pelosi praised Boehner’s announcement, but added that she does not believe the president needs to ask Congress to commit the United States to an act of war.

And Nancy Pelosi is praising Boehner and Cantor. They need to be removed from office and Congress. When democrats praise ‘Pubs, you know you’ve been sold out.

The Christi-Paul feud is still on. Chris Christi and Rand Paul were both invited to appear and an event. When he heard that Paul was invited, Christi decided he would “rather spend time with his wife.”

I guess Christi is still hacked over Rand Paul calling him, “the King of Bacon,” for his management of Hurricane Sandy recovery efforts. When the South gets hit by hurricanes, the recovery is quick and people rebuild. When a hurricane hits Blue states like New Jersey and New York, the damage areas are still…unrepaired. Where did all that money go?  Good question.