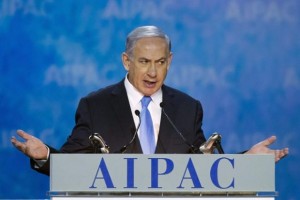 It’s September and silliness is in the air. From where? From the liberals around the world. In Europe, the EU want’s to limit highway speeds and install governors in every vehicle—including installing governors in vehicles already sold at the owner’s expense.

“In its continuing efforts to outlaw anything remotely fun, the European Union has announced plans to forcibly limit all cars to a maximum of 70 miles per hour. Under the latest scheme proposed by EU bureaucrats, cameras that can read speed limit signs would be installed in all new cars, reports The Telegraph. The cars would then automatically slam on the brakes when drivers exceed the posted speed limit. Owners of existing cars would not be immune. They would be required to have the speed limit mechanisms installed as well. The Intelligent Speed Adaptation plan was proposed by the European Commission’s Mobility and Transport Department. Its purpose is to decrease the number of traffic deaths. Some 30,000 traffic fatalities occur on European roads each year.”

TheDC Morning suspects every one who bought a Ferrari in Europe is probably pretty angry right now. But if the EU wants to save lives, why not just forbid everyone from leaving their house? Or if that’s too drastic, how about banning soccer? — The Daily Caller.

Other silliness comes from the student government at UCLA. They want to outlaw the term, “illegal immigrant.” How about using “criminal alien?” That would be accurate.

“The student government at UCLA unanimously resolved to call for the eradication of the phrase ‘illegal immigrant,’ reports Campus Reform. The UCLA Undergraduate Students Association wants the term “illegal immigrant” banned because, its members say, the phrase is a violation of the human rights enshrined in the U.S. Constitution. Last week’s resolution emphasizes the student council’s desire to prevent journalists, media organizations and various campus partners  from identifying illegal aliens as ‘illegal immigrants,’ explains the Daily Bruin, UCLA’s campus rag.” Add this to the growing stack of evidence which suggests the voting age needs to be raised. — The Daily Caller.

We have a dichotomy in the US House. We have one story from the Washington Examiner that says the House is about to say, “No!” on Obama’s Syrian war, while over on The Drudge Report, John Boehner is all for it—once again proving he’s Obama’s lap dog.

From the Washington Examiner…

House Republicans poised to say no on Syria

While Congressmen are moving towards non-intervention, John Boehner, is exercising his rubber-stamp, giving his approval for Obama’s War.

Boehner: ‘I’m Going to Support the President’s Call for Action’ in Syria

“The use of these weapons has to be responded to and only the United States has the capability and capacity to stop Assad and to warn others around the world that this type of behavior is not going to be tolerated,” said Boehner after meeting with Obama. “I appreciate the president reaching out to me and my colleagues in the Congress over the last couple of weeks. I also appreciate the president asking the Congress to support him in this action. This is something that the United States as a country needs to do. I’m going to support the president’s call for action. I believe my colleagues should support this call for action. We have enemies around the world that need to understand that we’re not going to tolerate this type of behavior. We also have allies around the world and allies in the region who also need to know that America will be there and stand up whether it is necessary.”

The problem will all this rhetoric is the question, “Who really released the Sarin gas that killed those 1,300 people? The Euros, Obama and Boehner are quick to accuse Assad. However, there are also reports that the gas was released accidentally by the rebels, rebels associated with Iran and Al Queda.

When it came to action, the Brits and the Euros quickly changed their minds. Brit Prime Minister Cameron lost his vote in Parliament. France, initially in favor of retaliatory attacks against Assad, has now gotten cold feet.

Of course, facts have never been worth considering when liberals get backed into a corner of their own making. Any out is acceptable, and who knows, maybe they can blame it all on Bush, or at least, the ‘Pubs.