I’ve just pushed the publish button for this novella. It’s available for pre-order, now, from Amazon and will be available on February 7th, 2020.

Please help an old writer and tell your friends. Spend $0.99 and have a good read.

Ping-Ping, Ping-Ping! The alert woke Captain Charles LeMont of the buoy tender CNAS Halcyon, a naval auxiliary ship. He slapped the link on his wrist to shut off the pinging and sat up in the dimness of his cabin. His eyes felt gummy; he rubbed them, trying to remove the sleep grit that had accumulated since he had gone to bed.

“Go ahead, Comm.” LeMont’s head throbbed. How long had he been asleep? Not long enough for his nanites to purge him of the effects of a hangover.

LeMont yawned. Geez, again! “Roger,” LeMont replied. “Give me five minutes for a shower. Please have coffee and breakfast sent to my cabin; following that, contact Dundee Orbital Control for a departure time-slot for…” His head was pounding. Oh, hell. The Engineer was there last night, too. “Check with the Engineer first. Tell him I want us ready to undock in two hours. If two hours creates issues, have him call me.”

Idiots! We just got the mission order. “Tell them they’ll know when—no…tell them we’ll provide one as soon as we can.” LeMont calmed down. The hangover boosted his irritability level to new heights.

“Oh, tell Dave Fuentes I’ll meet him on the bridge in half an hour.” David Fuentes was the Halcyon‘s First Officer.

The Halcyon was just coming off a thirty-day R&R—Refit and Replenishment. The traditional crew party, marking the start of their next cruise—or the end of R&R depending upon your perspective, ended only a few hours ago.

“Lights, fifty percent.” LeMont suspected he wasn’t the only one waking to a pounding head. He headed for the ‘fresher feeling his medical nanites dealing with his hangover as the cabin’s overhead brightened. 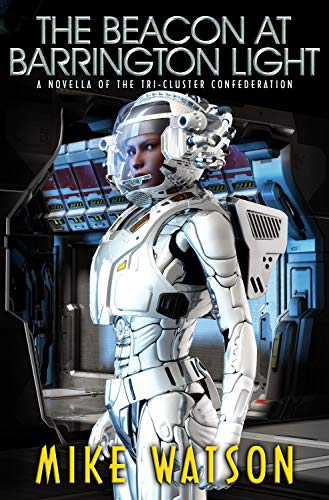 I’ve been reading “Atlas Shrugged”. It’s slow reading because every few pages I just have to put it down. It makes me mad. The part that makes me mad is that it’s all true today. People who don’t care. People who won’t make a decision. People who constantly look for consensus when consensus doesn’t fix the problem and YES! It’s a problem, not some PC constrained “issue.”

It is amazing how true “Atlas Shrugged” is for today’s political environment. All the socialist efforts by BO and the democrats have consequences but they ignore what will happen, hoping that by the time the crash arrives, they will be so firmly entrenched they can’t be dislodged.

If you haven’t read “Atlas Shrugged” get a copy and do so. It is not an easy read. My edition has 1,017 pages of very small print. You’d be amazed how much the democrats of today are depicted in that fifty-year old book. The technology has changed, but just substitute GM and Chrysler for Taggart Transcontinental. Substitute the Environmentalists for Orren Boyle and the State Science Institute. All the current players are there.

I hope when I finish Ayn Rand’s solution will be one we can use.

Over on Turk Toron’s blog, Turonistan, he reminds us that yesterday was the birthday of Sherlock Holmes according to The Baker Street Irregulars. There is a bit of family history that linked my Grandfather to Arthur Conan Doyle.

My Grandfather’s name was John Watson and he was born in Edinburgh, Scotland in 1864. He, my Grandmother and his brothers moved to southwest England around 1883 and started a business buying coal brought down from northern England and selling it to individual households. Sellers of coal were known as colliers.

The business covered portions on Portsmouth, Plymouth and Bristol and was divided between my Grandfather and his three brothers. The story about our family connection to Conan Doyle is that one day my Grandfather was on his rounds. Since he was a tradesman, he would go to the rear or to the tradesman entrance to the house and sell the coal to the housekeeper, or the wife. Colliers had a dedicated territory.

One day, he arrived at the house where Conan Doyle was staying. He went to the rear of the house and knocked as usual. However, the housekeeper was not present. As a good businessman, my Grandfather knew how much coal the housekeeper had purchased on the last visit and knew more was needed. He continued to knock.

Doyle was in a room above the rear door. He was writing a Sherlock Holmes story and was about to select the name of Holmes’ companion when he was interrupted by my Grandfather knocking on the rear door. Doyle opened the window and looking down at my Grandfather asked him what he needed. My Grandfather’s response was, “‘Tis I, John Watson, yer collier. D’ye want any coal t’day?”

And that is how Holmes’ companion, Dr. John H. Watson, acquired his name.