I overslept this morning. I’ve been running low on sleep for a week and it caught up with me yesterday. I tried to nap after church but I can’t really sleep during the day. Last night, I skipped my usual reading time and turned the lights out. I finally woke up around 9:30 this morning. I don’t have my usual research time today. Consequently, today’s post will be different.

The subject is one I’ve thought about for a long time. I had a quick response if anyone ever asked me the question. No one ever has. The question? “What’s the meaning of life?” 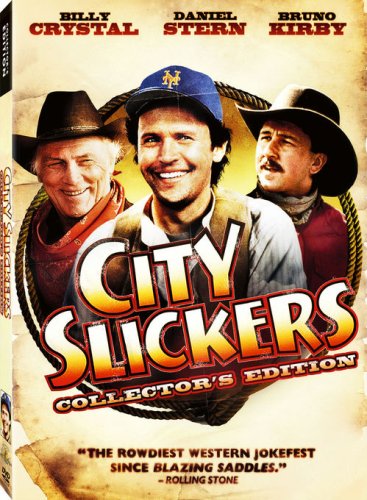 Everyone has thought about this. It’s the classic question Mitch (Billy Crystal) asked Curly (Jack Palance) in the movie, City Slickers. Curly’s answer was, “One thing. It’s up to you to determine what that one thing is.”

The answer was a truism. But Curly was wrong about one part. It’s not ‘one’ thing. It can be many things depending on your stage of life. Some of them can be quite foolish. Especially those ‘things’ chosen when we’re younger.

I overheard a conversation not long ago. Two younger women were discussing their ‘bucket lists.’ Both appeared to be in their early twenties. One had a long list that included travel, sight-seeing, hiking, skiing, each one carefully enumerated and she had them in an order to be done. The other only had a few, less than half a dozen if I remember correctly. The first woman asked the second what she was going to do after she had finished her list. The second, looking worried, said, “I don’t know.”

The news today in Missouri is the apparent suicide of Tom Schweich’s media aid, Spence Jackson. Immediately, the media turned the discussion to the spread of depression and the symptoms of those with depression. Less is spoken about the cause of depression in so many folks.

I don’t claim to have a specific answer to that question. The answer is most likely unique to each individual. But it leads to my answer to the classic question. It answers many questions. The general answer for depression is, “they didn’t have anything to look forward to.”

It can be a critical subject at various times. Some people are so busy, they neglect to ask that question of themselves until suddenly they discover they have nothing to look forward to. No new goals, no new discoveries, no new tasks, nothing to do, nothing to achieve. Boredom comes next and that leads to other problems, depression being just one.

The answer to the meaning of life is to have something to look forward to. Regain that sense that was lost. Think of the joyful anticipation you had when your were younger and looking forward to your birthday, or Christmas, or a holiday, or a visit to or from friends, going to a ball game, fishing, hunting (yes, I’m male and have difficulty thinking what women would do in similar cases.) The point is retaining that sense of joyful anticipation you once had. With that, life regains its focus and purpose.

Curly was wrong. Life isn’t just one thing. It’s a series of things, one following the other, sometimes connected, sometimes not, but each giving us the sense of anticipation and accomplishment, until the next thing appears over our horizon.

What are you looking forward to? Is there an event coming up over your horizon? What is your next goal to work for? What are you anticipating with that sense of glee you once had?

People value those things that are earned. What value are you earning that will give you your next vision rising over the horizon? My list, if it really is one, has three items on it. I’ve achieved two of those. I’m working on the third. If I finish that last item, I’ll find another and draws my interest, another goal to work towards, and finishing that, starting another. That, is the meaning of life. A continuing life of anticipation that is fulfilling.

From time to time, I like to step back and get a better view of the world. The sun came up this morning, it’s sunny outside and the forecasters have promised the temperature will reach 50 today. Not only all that, it is my Daughter and Son-in-Law’s 18th wedding anniversary.

I can’t imagine where the time has gone. She had a Celtic wedding—her colors were red and green plaid. The Church, made of stone, was decorated in Red and Green plaids, our tuxedo vests were in the same colors, a tartan weave, and she had two pipers proceed her down the isle.

Our family has always liked the pipes and Irish flutes.

Instead of my usual rants and opinions, today will be different. If I recall correctly, the pipers played two songs. I think they were Scotland the Brave and Amazing Grace. This is my favorite version of Amazing Grace.

Officially, Summer will arrive this afternoon. Today is also the longest day of the year,  and, coincidentally, it’s my Father’s birthday. He was born 110 years ago today in Newcastle, UK.  More than a century ago.  I find it had to believe. If my Mother was alive, she’d be 108.  Wow!

My Father’s family arrived in the US via Ellis Island in 1904. At that time, Dad was the youngest of the six children.  A younger brother would arrive in 1912 but he wouldn’t survive his teens.

Look how much has happened in that time.  In 1904 when my Father arrived in the US there was only 45 states in the Union. Oklahoma, Arizona and New Mexico, along with Alaska and Hawaii, were still Territories.  Teddy Roosevelt would win a full term as President.  Just take a look at this snapshot of the US in 1904.

Let’s add a couple of more.  The Income Tax didn’t exist. That wouldn’t arrive until 1912.  Senators were appointed by the State Legislatures, not elected.  Senators depended on the Legislature for their office. That meant Senators followed the instructions from their state or they would be recalled by the state. It was a prime factor that sustained State’s Rights.

What a difference a century makes.  It really makes you consider what our nation will look like in another century.  Will it exist? Will it divide into multiple countries like the breakup of Yugoslavia after the death of Tito?  Will it split along Red vs. Blue states, the welfare states of the Northeast and West Coast against the producing states of the South, Midwest, West and Southwest?  Will the Constitution still be the supreme law of the land?  Will the UN and NATO still exist? Russian and China in their current forms?

So many questions and no one has answers. I would say that most of us would want the US to continue but with a streamlined, more efficient and effective government. Unfortunately, there are so many who oppose our view.  Frankly, I foresee some form of civil war, to one degree or another, as being inevitable.

As Lord Acton wrote in 1887, “Power tends to corrupt, and absolute power corrupts absolutely.” The statists have a taste of power. They will not release their hold on that power easily nor willingly. To that end, I’d suggest we take heed of the Coast Guard’s motto, Semper Paratus or Be Prepared.

This time of year is always full of celebration and expectation. As I said in an earlier post, I had a birthday over the weekend reaching another milestone. My wife will join me in a few months. In April, our daughter and oldest grandson will have birthdays. Yesterday, Mrs. Crucis and I celebrated our 43rd wedding anniversary.

We, like many, went out to dinner last evening and scarfed a “ton” of shrimp at a local seafood emporium. It had been a while since we were last there. I was surprised how much the prices had risen.

The price increase was not solely due to the damage of the Gulf scrimp beds. Transportation costs are also a factor. Our local greasy spoon now charges a quarter if you want tomatoes on your ‘burger. I supposed if you’re not inclined to pay the extra cost, you can always make your BLT just a BL.

All in all, this is a great time of year, April 15th excepted. We had 3″ or more of snow on Monday and today the temps will reach the mid-70s.

With all the reports coming from Japan, what is not mentioned is as interesting as what is mentioned. Mentioned is all the contamination, full rods melting(?), explosions, reporters running in circles screaming and shouting.

What’s the lesson learned? The earthquake did not do all the damage. The plant survived that event—as designed. It was the tsunami that did all the damage. The lesson: Don’t build your nuke plant on the sea shore where it’s vulnerable to unprecedented tsunamis.