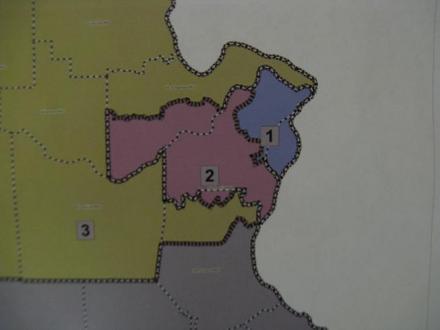 The preliminary census data is out and a trend spotted in earlier censuses was confirmed.  People are fleeing cities in droves.

There are many theories why this shrinkage has occurred.  All of them have, in some aspect, population flight away from the urban city government, high crime, high taxes, poor services, and governmental corruption. What is surprising in Chicago is that it isn’t white flight of people fleeing Chicago, it’s BLACK flight!

… The exodus took a big chunk out of the city’s black population in particular, shrinking it to 887,608 from 1,065,009, according to William Frey, a demographer at the Brookings Institution think tank in Washington. “The black decline is really powering the city loss,” Mr. Frey said, calling it “part of the great reverse migration to the South.”
— Hilliaryvillagers.com, “Topic: Chicago Population Sinks to 1920 Level”, By KEVIN HELLIKER

There’s been shrinkage here in Kansas City as I posted in March of last year in a post, “Darwin Lives! KC School District Evolution in Action.”

The bare facts are that the enrollment today is the same as that in the district in EIGHTEEN EIGHTY-NINE! The same number of students as were in the district 121 years ago!

How had this come about? There are many versions and responses to that question. The core reason is that parents, over the last forty years, left the district. They fled the district for the suburbs and further out. They fled the governmental intrusion, the union takeover, the liberal agendas aimed to improve attendance by emphasizing “self esteem” and other social theories that all failed to accomplish the basic goal, the basic reason for the district’s reason for being—educating the children.

Our cities are shrinking but the overall population of the country is increasing.  Where is this occurring?  I’m not sure but I saw this blurb on Drudge over the weekend.

Looking at population projections for Texas, demographer Steve Murdock concludes: “It’s basically over for Anglos.”
Two of every three Texas children are now non-Anglo and the trend line will become even more pronounced in the future, said Murdock, former U.S. Census Bureau director and now director of the Hobby Center for the Study of Texas at Rice University.
Today’s Texas population can be divided into two groups, he said. One is an old and aging Anglo and the other is young and minority. Between  2000 and 2040, the state’s public school enrollment will see a 15 percent decline in Anglo children while Hispanic children will make up a 213 percent increase, he said.

I’ve often wondered if our country would still exist in a hundred years and if it did, what would it look like?  I think we’re see trends.

I’ve been thinking about what to post today.  Tomorrow is Election Day. What could I say that would prepare folks for tomorrow, to encourage them to get out and vote.

Instead, I bring you this editorial from the Investor’s Business Daily.  Food for thought.

Is America Really A 50-50 Nation? Not Even Close, New Polling Finds