Banning semi-automatic weapons is all the vogue in today’s liberal media. It’s been tried in various forms around the world.  The most famous and touted example is Australia. That government, in a fit of insanity after a shooting in Tasmania, banned semi-automatic weapons.  Many dutifully turned in their weapons.  Many, including criminals, did not. A study revealed that the weapons ban had no effect on the homicide rate.

California tried to ban “assault” weapons.  First they mandated registration with confiscation for those who didn’t register. When the compliance was low, they threatened to seize the weapons of those who did comply with the law. Fortunately, it was all talk. I’ve not heard of any actual confiscations. But, there aren’t any new sales of so-called “assualt” weapons in California except individually, private sales which are also illegal for “assault” weapons in California.

Was the ban effective in California? No. There are still semi-automatic rifle in the possession of many, many Californians. The ban did reduce the spread of those rifles, legally. However, the black market thrives.

But, what about registration?  Canada has it.

Well, yes, Canada had it Not anymore.

It started in 1995. It ended in 2012. It lasted 17 years, cost multiples of millions of dollars, was corrupt in its administration, weakened by fraud and mismanagement and in the end, it did nothing.

There were numerous promises to expand it, others to eliminate it. The history was littered with non-compliance. Fees were levied initially to register weapons. The program had a history of false reporting, corruption, misuse and misdirection of fees and funds. A registration amnesty was granted to allow registration without fees. That had low compliance as well. The cost-overruns continually made headlines in Canada and the purpose of the program—reducing criminal and homicide rates could not be met. You can find the history of Canada’s registration program through 2011 here.

On October 25, 2011, the government introduced Bill C-19, legislation to scrap the Canadian Firearms Registry.[3] The bill would repeal the requirement to register non-restricted firearms (long-guns) and mandate the destruction of all records pertaining to the registration of long-guns currently contained in the Canadian Firearms Registry and under the control of the chief firearms officers.[3] The bill passed second reading in the House of Commons (156 to 123).[36] On February 15, 2012 Bill C-19 was passed in the House of Commons (159 to 130) with support from the Conservatives and two NDP MPs. On April 4, 2012 Bill C-19 passed third reading in the Senate by a vote of 50-27 and received royal assent from the Governor General on April 5.[37]

Upon passage of Bill C-19, the Province of Quebec moved for a motion to prevent the destruction of the records. A temporary injunction was granted on April 5, 2012 which will leave enough time for proper legal arguments to be heard.[5] — Wiki

Canada ended their registration program on November 5, 2012. The experiment failed. After millions wasted on the development of the registry, it never really worked. Despite of the claims from the RMCP, there was not a single instance that the registry ever prevented a single crime nor helped to resolve a single crime or criminal act. It was a complete failure. One estimate said that 2/3rds of Canadian gun-owners, especially in western Canada, never registered their weapons.

If a semi-automatic weapons ban is ordered here in the U.S., what would happen? Most likely massive non-compliance like that in Australia and in Canada.

I doubt few would obey an order to turn in their ARs, AKs, other semi-auto rifles, pistols and shotguns. It would be very difficult, next to impossible, if firearm dealers mislaid, lost, or destroyed their sales records.

It is the BATFE form 4473 that links a particular weapon to an individual. Those records are retained by the FFL, the firearms dealer. The 4473s are “supposed” to be turned in to the BATFE if the dealer goes out of business.

There has been attempts by the BATFE to copy the books of some FFLs in Alaska illegally. The dealers refused to comply. If a ban occurs, would FFLs comply with a law that has effectively put them out of business?  Maybe. Maybe not.

The reality is that the federal government doesn’t really know who has what. Except for a few states, there is no registration in the US. A weapons ban would be ineffective. All it would do would be to create a massive class of new “criminals.”

A probable outcome would be the creation of a black market of weapons; expensive ones at that. Locally, enforcement of a confiscation or registration law would be ignored resulting in a “you don’t bother me, I’ll not bother you” attitude. Wyoming has drafted a law preventing the enforcement of any such federal law.

The feds, however, will try to enforce the law, probably using their usual no-knock entry in the middle of the night, with some CCW holder. It won’t take long until someone is killed. What happens then?

What would you do? Comply? Turn in your weapons? Or, ignore any such law and become a criminal in the eyes of the Feds? The liberals already consider you as such. 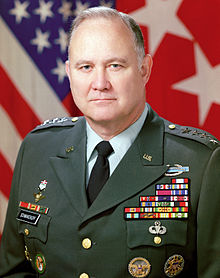 I just received this from Gunbroker.com. This is the first I’ve heard of this requirement. But, I haven’t bought any firearms since June. I guess the gubmit needs more information for our federal dossiers.

This will be a valuable and efficient addition to the NICS process for the following reasons:

Currently, place of birth is a mandatory field on the Bureau of Alcohol, Tobacco, Firearms and Explosives (ATF) Form 4473 and is therefore readily available for inclusion in the NICS check. There are no additional information disclosures for the potential purchaser or data collection requirements for Federal Firearms Licensees (FFLs).

Being a name-based search, having additional data points such as the place of birth helps to increase the accuracy and efficiency of firearm eligibility determinations. Place of birth is either a mandatory or optional field for entry of records into all three of the databases that the NICS searches against: the Interstate Identification Index (III), the National Crime Information Center (NCIC), and the NICS Index.

FFLs who conduct business in a state in which there is a state-designated agency that conducts their firearm background checks currently may or may not be providing place of birth to initiate the check. If you are an FFL in a state that currently requires the place of birth be provided when initiating a firearm background check, you are required to continue to provide this piece of information.

If you have additional questions regarding the newly required place of birth information when initiating a NICS check, please fell free to contact NICS Customer Service at (877) 444-6427.